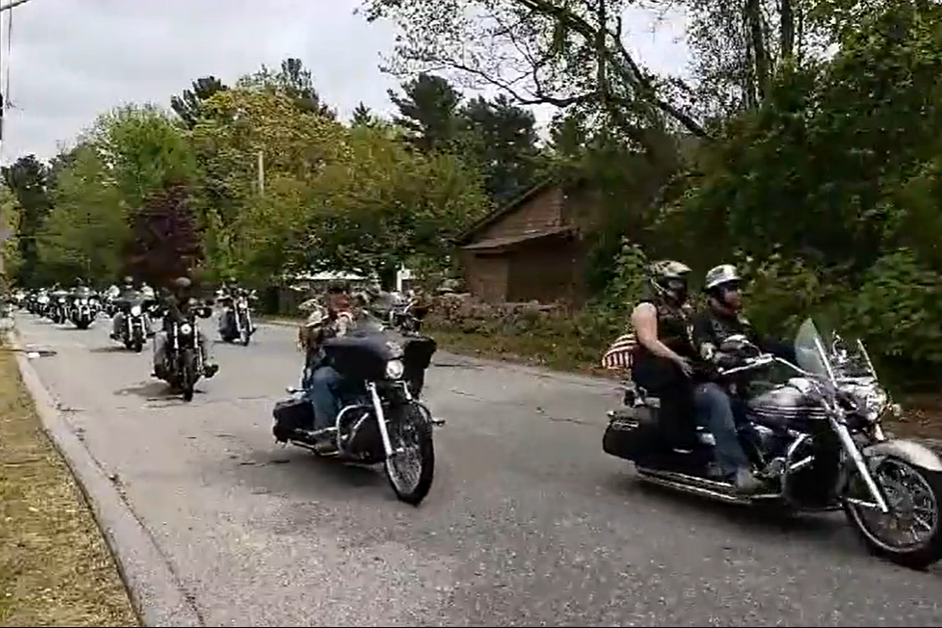 The motorcade is scheduled to take place on Sunday, May 30th, the day before the official Memorial Day, which falls on Monday this year. The event will begin at exactly 2:00 p.m. and will start on Water Street near the Battleship Cove area.

According to Senior Vice Commander of the War Veterans Council, Bill Desmarais, this year’s motorcade will include eight chapters of Rolling Thunder, an organization that supports the care and upkeep of the Vietnam Memorial Wall. The chapters will hail from Maine, Vermont, New Hampshire, Connecticut, Upstate New York, Rhode Island, and Massachusetts, which will be leading off the Motorcade, joined by local veterans’ motorcycle groups and individual riders.

Following the Motorcycle Division, will be veteran organizations from Fall River and Greater Fall River, which will include the Fall River War Council, the Veterans of Foreign Wars, the Disabled American Veterans, the American Legion, Am Vets, the Tin Can Sailors, Rolling Thunder, the 215th Army National Guard, various First Responder Units, and local businesses, along with civic and social organizations.

All entries into the motorcade will display their remembrance and support of veterans who have passed. Any individual or group who wishes to participate in the motorcade should contact the Fall River Veterans’ Service Office.

It is the tradition of Memorial Day that the Grand Marshal of the parade/motorcade be the Commander of the Fall River War Veterans Council, which is Commander Robert Viner. Prior to the motorcade, the Commander will announce the Honorary Marshalls of the motorcade.

The motorcade route is as follows:


Once the motorcade ends on Davol Street, the Veterans War Council will host and conduct the annual Memorial Day ceremony. At the conclusion of the ceremony, the Council will host Rolling Thunder and their annual tribute to Vietnam Memorial Wall Veterans. According to Desmarias, Rolling Thunder usually holds this ceremony in Washington D.C., however, the New England Chapter has voted to come to Fall River’s Vietnam Memorial Wall this year, and every year going forward, to conduct the ceremony. An integral part of the ceremony is the laying of wreaths at the wall. Desmarias says that they will also be laying wreaths at all of the veterans’ monuments in Veterans Memorial Park.

Following the activities at Bicentennial Veterans Memorial Park, all veterans, their families and motorcade participants, are invited to attend a free all American Dinner at the Liberal Club in Fall River, featuring the band Calamity Brain as well as D.J. Dan with a light and music show. Food/product vendors, raffles, auctions, and more will take place. The dinner will continue until 7:30 p.m.

Anyone wanting to be a part of the motorcade or any aspect of the Memorial Day activities, are asked to contact Bill Desmarais at (508) 951-6847 or e-mail at pd2071@aol.com.