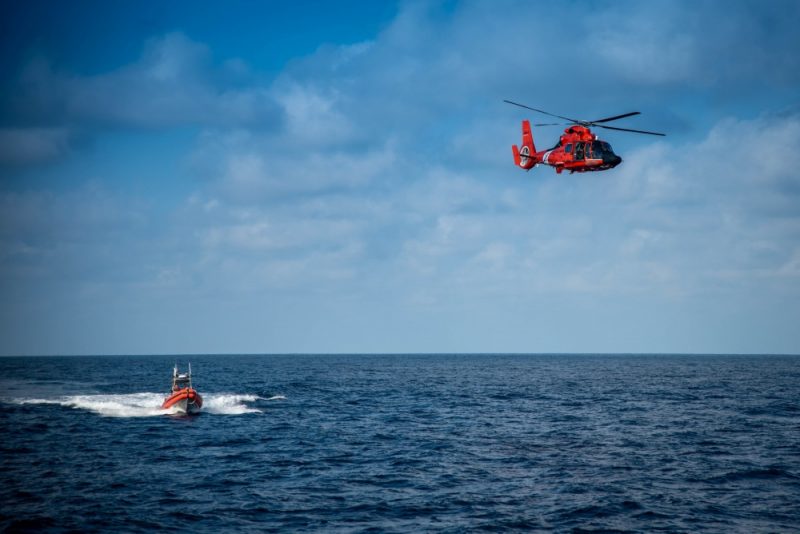 The search has ended after an incident in waters off of the coast of Massachusetts led to a missing woman.

The United States Coast Guard and Scituate Police were actively searching for a 78-year-old female in the water near-to shore in Scituate, Massachusetts.

The USCG stated that a capsized boat was reported in the vicinity at approximately 5:00 p.m. Saturday.

According to Scituate Police, Scituate Public Safety Communications Center received multiple 911 reports of a vessel in distress in the mouth of the North River.

Scituate officers on scene learned that the vessel had been overcome by sea conditions and lost power while entering the New Inlet.

Scituate Fire, Police and Harbormasters Units all responded and found the vessel with 2 occupants that were safely brought to shore and were informed of the missing woman.

At approximately 9:45 p.m., search crews recovered the body of Barbara Warner of Boulder, Colorado. She was not wearing a life jacket and the water temperature was approximately 56 degrees.

State Police assigned to the Plymouth County District Attorney’s Office and the Medical Examiner’s Office will continue the investigation.

“Unfortunately, this is a tragic incident that highlights how quickly conditions can change on the water and the inherent dangers of boating, particularly in this area where the North and South Rivers converge with the open ocean”, said Scituate Police.

This is the 6th boater to have lost their life in the northeast this month, according to the Coast Guard.