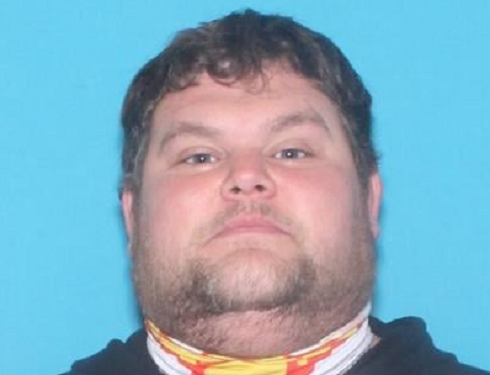 A Fall River man has been arrested after being wanted in a fatal crash.

Upon arrival, it was determined that the accident was a head-on collision. Ultimately, it was determined that the passenger of one of the vehicles was deceased at the scene. She was identified as Elisabeth Thayer, age 88, of Westerly, RI. The Medical Examiner’s Office identified the cause of death as Multiple Traumatic Injuries from Blunt Force Impact (MVA). The operator was identified as her daughter, Alexandrea Martino, age 57 also of Westerly. She was operating a 2019, Jeep Cherokee, SUV in an easterly direction on Spring Street. Martino was transported to RI Hospital where she was treated for internal injuries and released.

The operator of the second vehicle was identified as 34-year-old Keith Brown, of East Main Street in Fall River. He was operating a 2003 Chevrolet, Tahoe SUV in a westerly direction. He was transported to RI Hospital for an arm, legs and rib injuries. He was admitted for approximately one month. The passenger of the vehicle was a 35-year-old Richmond resident who was transported to Kent County Hospital for evaluation and released.

The accident reconstruction put Brown’s vehicle several feet left of center for no apparent reason. Later, a witness came forward who identified Brown’s vehicle, just prior to the fatal accident, as going left of center and then swerving back into his own lane. That witness was forced to swerve to avoid a head-on collision. Probable cause was presented in a search warrant for Brown’s blood and vehicle which was granted by Magistrate J. Patrick O’Neill. The toxicology report from the RI Department of Health listed Fentanyl and Methadone was present in his blood system.

After Brown failed to appear for his arraignment on December 3, 2021, the Hopkinton Police contacted the Rhode Island Violent Fugitive Task Force. Brown was placed on Rhode Island’s Most Wanted. The VFTF and HPD conducted a comprehensive search. Unnamed sources ultimately led investigators to the Quality Inn on Route 6 in Seekonk, MA. This morning at approximately 9:00 a.m., members of the VFTF and MA Apprehension Squad located Brown in Room 137 alone. It was determined that he had been staying at the motel several weeks under a false name.

Brown’s next date in Fall River District Court is 2/14/22. He will be held by the Bristol County Sherriff’s Department in North Dartmouth. Upon extradition to Rhode Island, he will be arraigned in 4th District Court on the aforementioned charges.