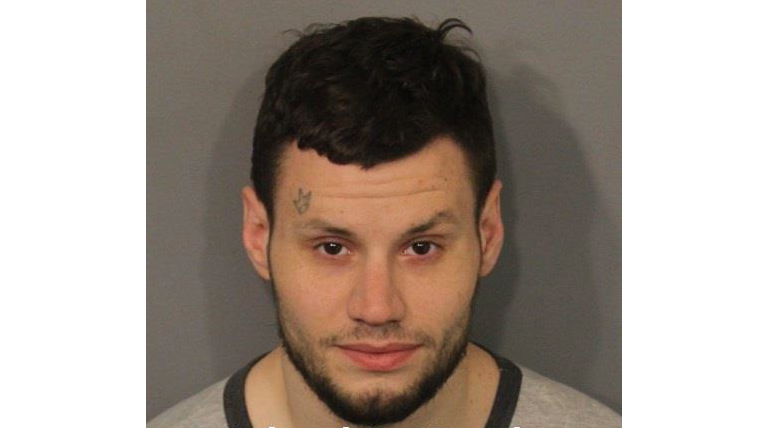 On December 11th, at approximately 10:00 a.m. Fall River Police Department Officer Charles Souza was dispatched to the 200 Block of Grove Street in regards to a Break in Progress. Assisting in the incident were Officers J. Mooney, F. Andrade, M. Hadaya. Witnesses stated a male was seen entering an apartment through a back window. A neighbor was able to photograph the suspect as he entered the window. The suspect was described as a white male, wearing blue jeans, black hat, and a black jacket with white sleeves.

As Officers Mooney and Andrade were setting up a perimeter, they observed a male fitting the description exiting the basement door. Officer Mooney commanded the male to stop. The male retreated into the basement slamming the door shut and exited out a side door. As the male ran from the yard, Officer Souza recognized him as Michael R. Hazel Jr., 29, of 70 North Court Street in Fall River. Hazel Jr. ran across the street without looking, causing cars to stop abruptly to avoid colliding with the fleeing suspect. Hazel Jr. then ran into another yard.

Hazel Jr. was charged with Breaking and Entering in the Daytime for Felony, Disturbing the Peace, Disorderly Conduct, and Assault and Battery on a Police Officer.