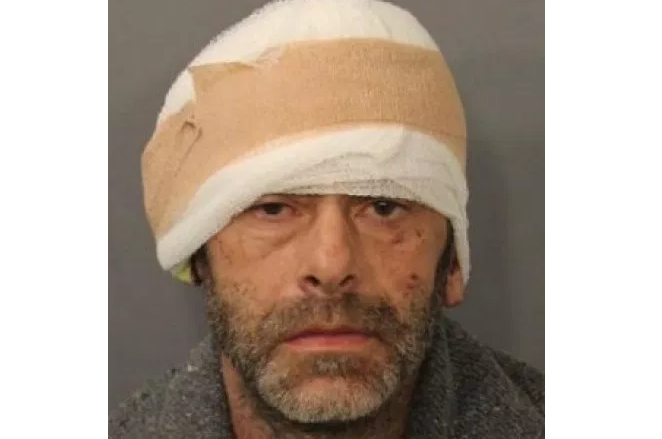 A 46-year-old Fall River man who broke into an occupied Fall River apartment last February and attempted to hold a mother and her son at knifepoint while an accomplice burglarized the residence was sentenced to serve four-and-a-half years to eight years in state prison last week, Bristol County District Attorney Thomas M. Quinn III announced.

According to Gregg Miliote of the Bristol County District Attorney’s Office, Jose Dias pleaded guilty in Fall River Superior Court to indictments charging him with assault and battery, armed assault with intent to rob and armed assault in a dwelling.

On February 18, 2018, the defendant and an unidentified accomplice kicked in the door of an occupied Fall River apartment and yelled, “where’s the stuff?” Once inside, the suspects ordered a female victim and her 14-year-old son to kneel on the living room floor while threatening them with a knife. The defendant held a knife to the back of a male victim, who was also in the living room at the time. However, the male victim began to fight back and was able to overcome and subdue the defendant. A neighbor from upstairs heard the commotion downstairs and came inside to assist the male victim in holding this defendant to the ground while police made their way to the apartment. The accomplice ran from the scene and has not been identified.

The victims in the case were legally growing marijuana inside the apartment and were not charged with any crimes.

The defendant in this case has twice served committed jail and prison time, once for an armed robbery and once for an OUI homicide.

The case was prosecuted by Assistant District Attorney Melissa Hendrie and the state prison sentence was imposed by Judge Raffi Yessayan. The defendant was also placed on probation for an additional two years.

“This was a very violent innocent committed by a defendant who has previously been convicted of committing serious crimes, including armed robbery,” District Attorney Quinn said. “At the age of 46, he still presents an ongoing danger to the community and needed to be confined for as long as possible.”