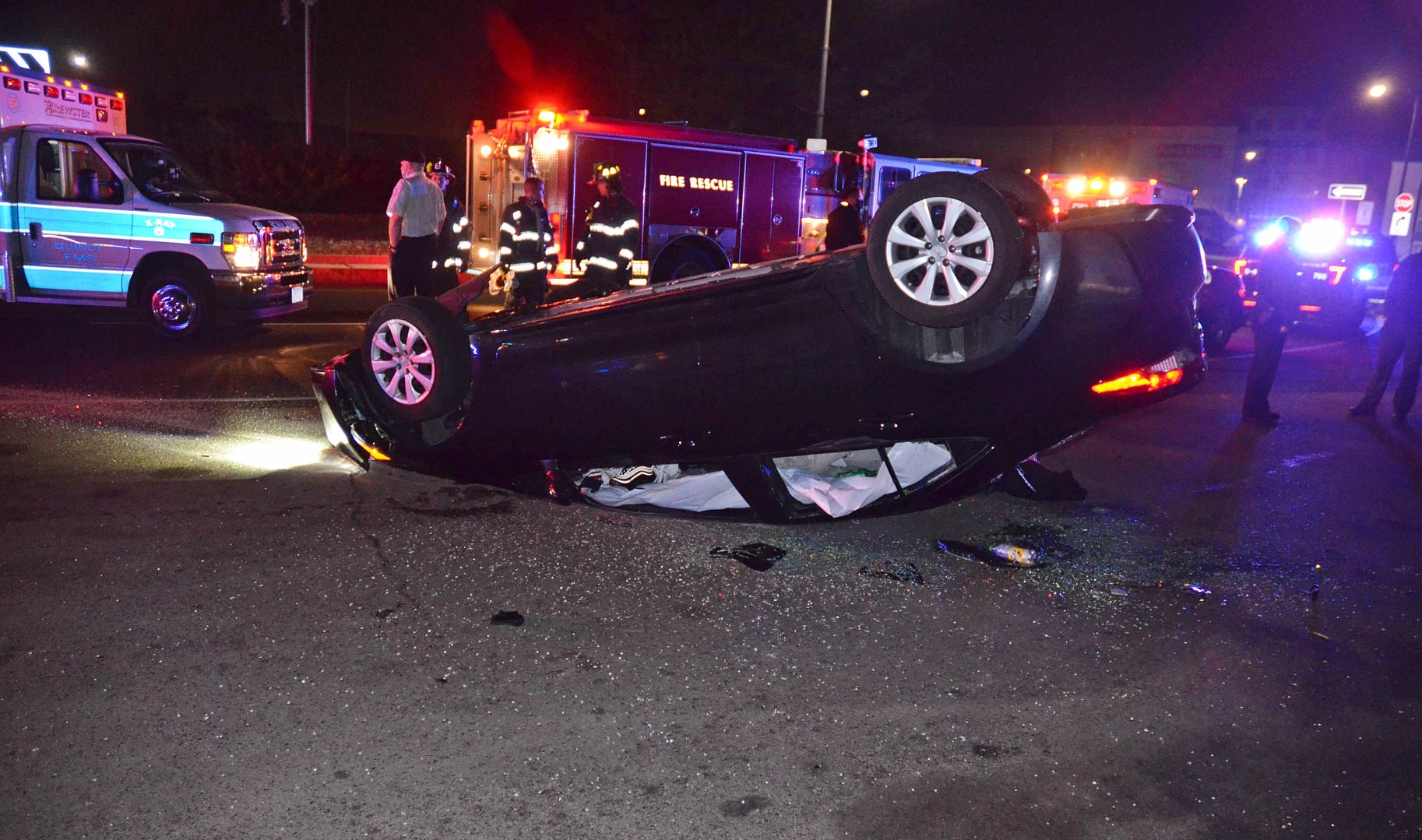 A Brockton man was arrested after he drove away from police during a traffic stop. The man led police on a brief pursuit which was called off when it reached an excessive speed. A short time later the car crashed in Quincy.

According to Hingham Police, on Friday at 2:30 a.m., officers began a traffic stop on Summer Street (Route 3A) for a lane violation. The car initially pulled over in the rotary on Summer Street. Officers saw three people inside. Before they reached the driver’s door, 23-year-old Orlando N. Munoz-Gomez turned around to look at the officers, and drove away.

Officers began to pursue the car as it continued north from Summer Street, to Otis Street, and onto Downer Avenue. Munoz-Gomez drove past two stop signs and drove back onto Route 3A (Lincoln Street) heading toward Weymouth. Police stated that he then passed through a red light at the Hingham Shipyard and continued to speed up in excess of 100 mph and the pursuit was discontinued. The car continued speeding into Weymouth on (Route 3A) Bridge Street.

A short time later, the car crashed in Quincy as it entered the rotary on Route 3A (Washington Street) and ultimately landed on its roof. No other cars were involved in the crash. Hingham Officers arrived and assisted Weymouth and Quincy Police in removing the three occupants who were still inside. Munoz-Gomez was placed under arrest by Hingham Officers and transported by ambulance to the hospital for evaluation. One passenger, a 16-year-old, was transported to the hospital for evaluation. The other passenger, a 21-year-old Brockton man, was not injured. After being cleared from the hospital, Munoz-Gomez was booked at the Hingham Police station.

Munoz-Gomez was arraigned at Hingham District Court and the crash was investigated by Quincy Police.