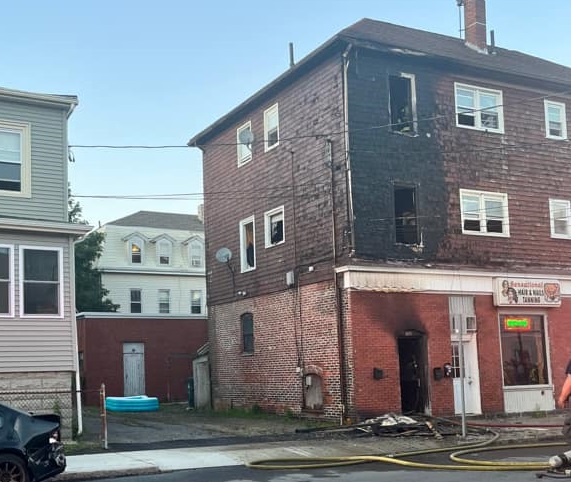 A call came in just after 7:20 p.m. for heavy fire showing at 784 Globe Street after a stroller was reportedly on fire.

According to Chief Roger St. Martin, crews arrived at 7:25 p.m. and rescued two people on the roof of the 3-story residential structure.

Acting District Chief Jennings led crews that battled flames that extended to the third floor and the roof.

Just before 7:40 p.m., the fire was knocked down and nearly under control with FD extinguishing hot spots and looking for extension.

A hair and nail salon is located on the first floor of the building.

St. Martin stated that the infant was one of two transported to the hospital and he was unsure of their condition.