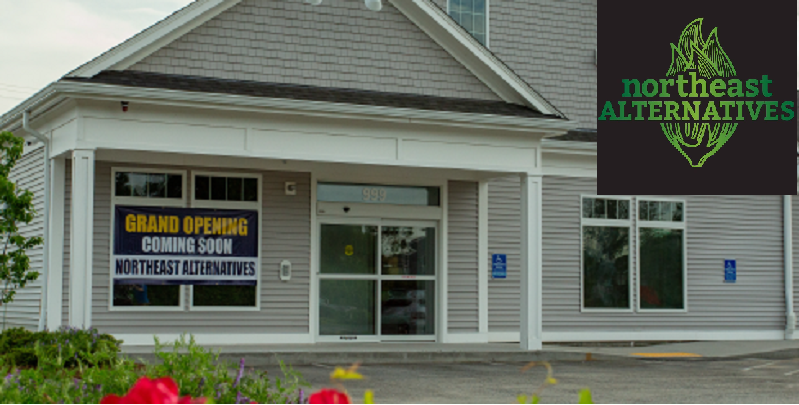 What Fall River area proponents of recreational marijuana have been waiting for is finally coming to fruition.

Northeast Alternatives, who was given a provisional license to sell retail marijuana back on Thursday August 23rd, has officially been given the green light by the Cannabis Control Commission to cultivate, manufacture, and sell recreational marijuana once some procedural actions are complete. The facility had opened earlier this year at 999 William S. Canning Blvd to sell medical marijuana. The facility will be able to grow up to 5,000 square feet of marijuana canopy.

The dispensary will be the first recreational marijuana facility in Bristol County.

Rich Rosier, co-Founder and Chief Revenue Officer of Northeast Alternatives, states it’s been approximately 21-30 days before operators get their “certificate to open” after recreational license approval.

The company is encouraging customers to use an app to schedule a time to shop to help ease traffic once recreational sales begin. The company will pay for police detail if needed.

NEA has been in business as a medical marijuana dispensary since June 30th. They were the first dispensary to open in the city.

After first expecting to begin retail marijuana sales on July 1st, the Cannabis Control Commission recently gave the go ahead to three facilities. Cultivate Holdings, LLC in Leicester and New England Treatment Access, LLC in Northampton have already begun selling recreationally. Alternative Therapies Group in Salem has announced that their dispensary will begin recreational sales this Saturday at 9:00 a.m.

Several other medical marijuana retailers are set to open in the city. Several of them are also eying retail sales.

Hope, Heal, Health, Inc is converting 50,000 square feet in the former Border City Mills complex at 1 West Street in Fall River and has a community information session on December 18th.

CannaTech Medicinals Inc. is building a 50,000 square foot growing and processing facility near Amazon in the biopark along with a dispensary off of Hartwell Street in the city.

The Haven Center is currently provisionally licensed to open a medical marijuana dispensary at 1435 Pleasant Street.

Greener Leaf, Inc., is anticipating to be located at 95 Rhode Island Avenue.