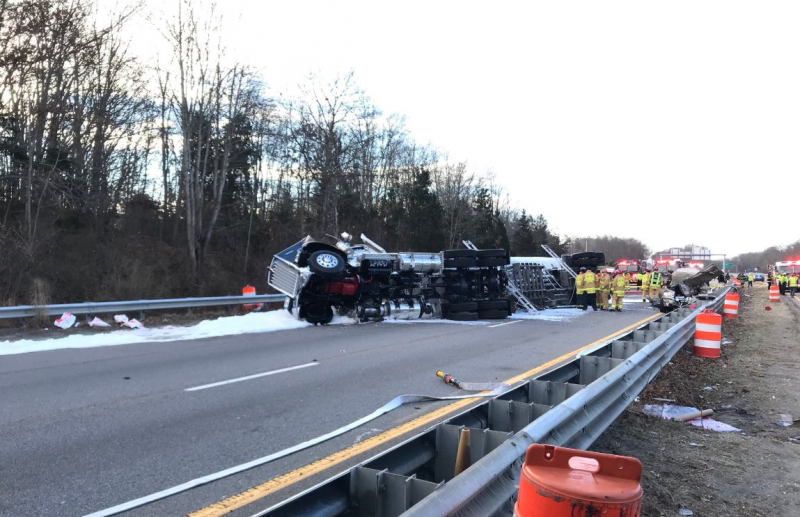 UPDATE: According to Massachusetts State Police, the driver of the tractor trailer killed in last Thursday’s crash has been identified as John Silva, 67, of Fairhaven. A 32 year old driver in the other vehicle was last known to be in serious, but stable condition. The remaining facts and circumstances are still under investigation.

On Thursday morning at about 5:10 a.m., troopers from the State Police-Dartmouth Barracks responded to a multi-car crash on Route 24 North by Exit 8 Airport Road in Fall River that resulted in a fatality.

The cause of this crash remains under investigation with assistance from the State Police Collision Analysis and Reconstruction Section, Crime Scene Services Section, the Commercial Vehicle Enforcement Section, and Troopers assigned to the Bristol County District Attorney’s Office.

State police are being assisted by Fall River Fire, Police and EMS, Regional Hazmat, Mass DOT and the Office of the Chief Medical Examiner.