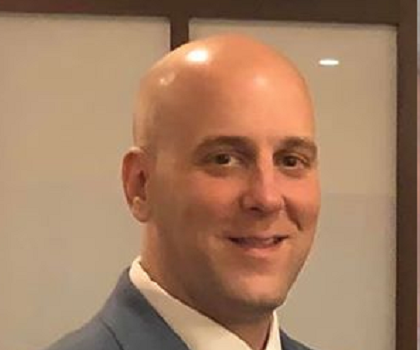 After an outcry from some city residents after a vote to increase water and sewer rates in the city at Tuesday’s City Council meeting, a councilor who changed his vote has come out to defend his decision.

In a social media post Wednesday night, Christopher Peckham outlined his decision on why he changed his vote from a no to a yes during the proceedings.

“Last night the City Council had a decision to make, layoff 30+ workers (City and contractual), make it almost impossible to respond to any water or infrastructure issues, and not have enough manpower to maintain our water and sewer infrastructure that is so important to our daily life.”

“The increase was on water usage that had an impact on the taxpayer of five dollars a quarter. Which is $20 a year. I could not support this.”

Peckham stated that information that was brought to light, however, made it necessary for him to change his vote.

The vote was deadlocked at 4-4 due to Councilor Brad Kilby not being present. Peckham’s vote change caused the budget passage for water and sewer in the fiscal year 2021. Cliff Ponte, Shawn Cadime, Pam Laliberte-Lebeau, and Leo Pelletier also voted in favor.

“Last night I changed my vote after I received additional information. Information that would be my fiduciary responsibility as an elected City Councilor, to make sure I make the best decisions and sometimes those decisions are tough ones.”

Peckham stated that two of the layoffs the City Council was facing were two men who are the only ones that keep Fall River reservations fire trails clear and passable.

“We often take for granted what we are so used to, clean water to take a shower and do our dishes, clean water for restaurants, so you and they can be successful. I asked the question during the meeting, (if you couldn’t stay up all 6 hours, I don’t blame you) “will there be an increase next year to the taxpayers for the next step of the Water Dept. project.” I was told yes. I found it wholeheartedly, not only fiscally responsible but morally responsible to change my vote. So that there was just a $20 increase throughout the year, instead of a $40-$60 increase next year.”