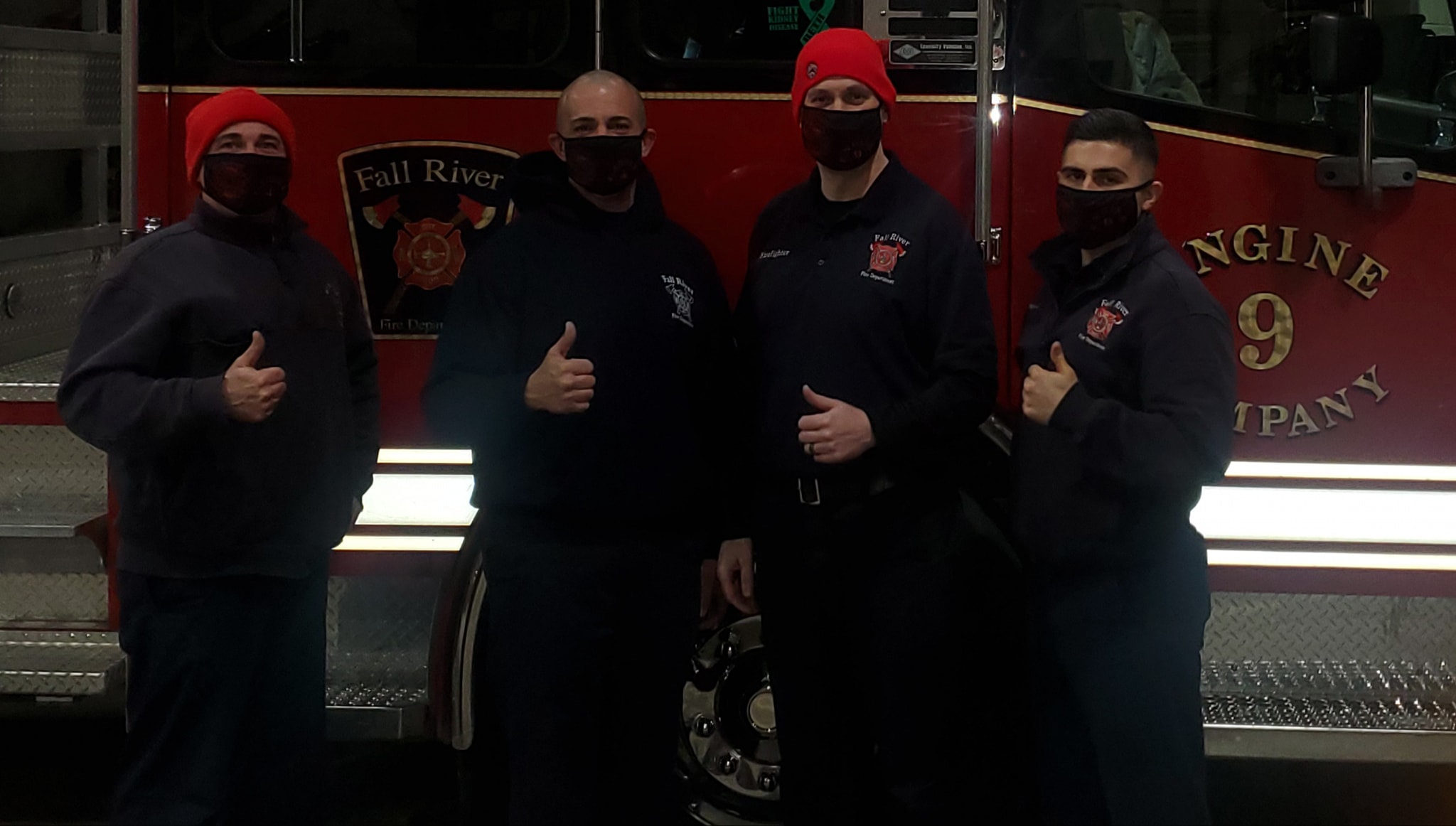 By Meg McIntyre
Special to the State House News Service

Earlier this year, Fall River firefighters responded to the scene of an opioid overdose.

As they cared for the patient, two of them started talking with a bystander, who said he didn’t want to keep living this way. So they told him about the department’s Safe Stations program.

“They said, ‘If you’re serious and you’re really looking for help, we’re going to be back at the station shortly and you’re more than welcome to show up at the Central Fire Station later today and we can try to get you that help.’ … That day, that gentleman did show up at the Central Fire Station,” Fire Lieutenant William Lonardo told the News Service.

Last Lonardo heard, the man had been connected with treatment and was doing well.

The city hopes interactions like this will become more common as awareness builds around its Safe Stations initiative. Launched in March, the program creates safe access points for substance use and mental health treatment at fire stations, and is modeled after similar programs implemented in Providence, R.I., Manchester, N.H. and Nashua, N.H.

As Massachusetts continues to feel ramifications of the opioid epidemic, communities like Fall River are pursuing new approaches and tools to help first responders address the crisis. The city recorded 72 overdose deaths among residents in 2020, up from 67 in 2019 and 55 the year before.

Though similar treatment access programs have become common among area police departments, Fall River’s new initiative is believed to be the first implemented by a fire department in the Bay State.

“I think the big thing is, what’s different about the clients that we work with, I think they feel more comfortable coming to a fire station than a police station,” Fall River Fire Chief John Lynch said. “It’s nothing against the police department, but obviously they represent law enforcement, and the fire department is a much more nurturing venue.”

Between 7 a.m. and 9 p.m., people struggling with addiction can walk into any fire station in Fall River to request help or resources without fear of being reported to the police. Those who seek help are first evaluated for any urgent medical issues, in which case they’re taken to a local hospital. If the patient doesn’t need medical care, behavioral health and homeless services provider Steppingstone Inc. dispatches a trained recovery coach to the station to talk with them.

The coach can help the client find a bed in a detox facility or inpatient treatment program, or connect them to other community resources.

“We respond to overdoses time and time and time again on the medical rescues, on the engine companies in this city. It’s not foreign to us, but our usefulness is limited. …The administration of Narcan is a temporary fix,” Lonardo said.

He added, “That desire to want to be more helpful comes through Safe Stations, and we’re able to assist these patients in a way that previously we had never been able to.”

Between March 1 and Aug. 26, 35 people sought help at city fire stations, according to Steppingstone, and of those, 25 people accessed further treatment at various facilities, including SSTAR, a local addiction care program. One patient was enrolled in treatment in Rhode Island.

So far, response to the initiative has generally been positive.

“I think there aren’t many communities out there who don’t see this as a concern. I think every community is impacted by substance use with co-occurring mental health as well,” said Jaime Shorten, assistant director of emergency services programs at Boston Medical Center. “So the focus here really is to bring awareness to that, bring support to that in a nonjudgmental, peer-to-peer capacity and to connect people to the resources that really are already established.”

Many existing treatment access initiatives in Massachusetts are modeled on a program started at the Gloucester Police Department in 2015, which allowed people dealing with substance use to seek help at the station without being charged. That led to the formation of the Police Assisted Addiction and Recovery Initiative. In February 2020, Gloucester Police Chief Edward Conley launched a new Community Impact Unit to expand outreach and emphasize a wider range of concerns, such as homelessness and mental illness.

With the shift, the department hired a community navigator, Tito Rodriguez, who builds relationships with residents to identify people in need of help. Rodriguez, a trained recovery coach, is not a sworn police officer.

As of July 2021, he had recorded 910 interactions to connect community members with services, according to the department, such as housing support, employment resources, recovery support and follow-up after overdoses. He has also helped place 75 people directly into addiction treatment.

“We don’t wait for them to come to us, we go to them. And it’s all about initially developing a rapport and trust, and for them to get to understand that the police department is here to help in their process,” Conley said.

Partners spearheading the Safe Stations project in Fall River note that the choice to work through the fire department was intentional, as not everyone feels safe going to a police station for help.

And there is some evidence of emerging racial disparities in who is accessing the programs. An evaluation of a program run by the Brockton Police Department showed that 78 percent of people seeking help at the station between 2016 and 2018 were white. But as of 2019, only about 36 percent of city residents were white, according to Census estimates.

In Manchester, N.H., about 86 percent of clients who sought help through the Safe Stations program at the fire department were white, an evaluation found, and about 85 percent of residents there were white in 2019.

Michael Bryant, project director of Steppingstone Inc.’s peer recovery program and a person in recovery, said that if he had to choose, he would prefer to seek help at a fire station. On the other hand, Conley argues that police more frequently interact with people around town who might be in need of these services.

“By our nature, we are out in the community. Even when we’re not responding to calls, we’re on walking beats, on bicycles, we’re in schools through the school resource officer program,” Conley said. “And I think that gives us, it would seem to me, just a little bit of a headstart on building a trusting relationship with that population.”

Though organizers and the Fall River recovery community are optimistic about the Safe Stations program’s potential impact, it’s not a silver bullet. They must still contend with limits and obstacles of the broader behavioral health system, which have been exacerbated by the COVID-19 pandemic.

“It has been challenging to find beds, and that’s something that the recovery coaches have run into just in terms of doing the bed search. … [Clients are] coming to the fire station ready and willing, maybe for the first time, to get help,” Steppingstone’s Karen Phillips said. “And then it becomes a little bit challenging and frustrating for them when they can’t get a bed.”

The key to making it work has been collaboration, organizers said, and for other municipalities interested in implementing a Safe Stations initiative, creating strong partnerships among local recovery programs and treatment providers will be essential.

Though bed shortages are a barrier, officials believe having another access point for treatment will help keep patients out of overburdened emergency departments. Stephanie Perry, addiction nurse specialist at Saint Anne’s Hospital, described the program as a “gift,” both for patients and for the community.

“And now they know that this is a safe place they can go and access treatment without having to sit in an emergency room and pretend they’re suicidal when really they just want to save their life.”