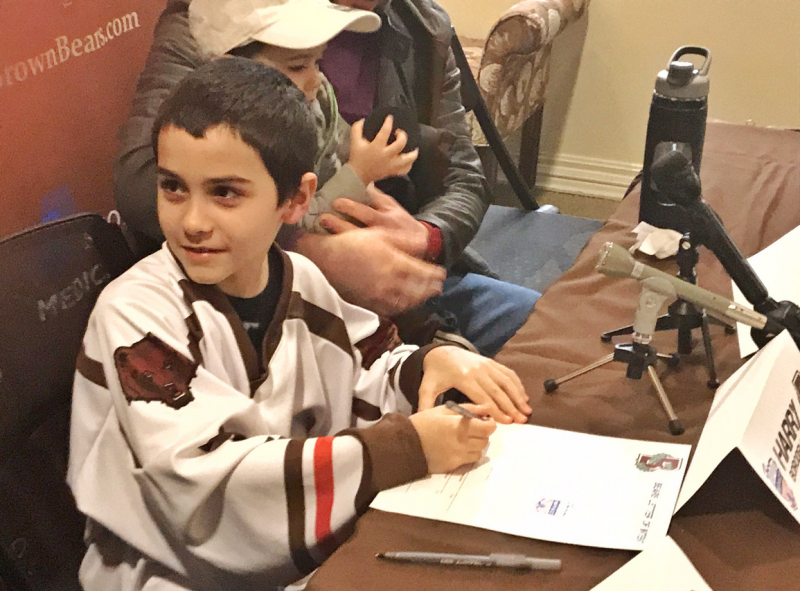 Through the organization Team IMPACT, a Fall River boy had his special day with the Brown University men’s hockey team.

8 year old Harry Borodemos, who is a second grader with Juvenile Myositis, signed on the dotted line Monday and became an official member of the team. Juvenile Myositis is a rare and life-threatening autoimmune disease in which the body’s immune system attacks its own cells and tissues.

Team IMPACT is a national non-profit that connects ill children to college athletic teams. The children are drafted onto the team and become an official member of the team from Draft Day to Graduation. The child joins the athletic team and the student athletes join the child’s support team. Harry can attend team events including practices and games and also gets his own team gear!