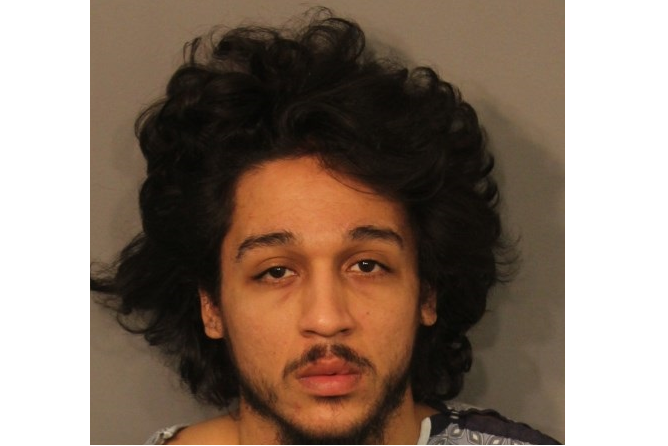 On January 24th at approximately 11:30 p.m., Officers Keil Huard and Brendan McNerney of the Fall River Police Departments Uniform Division responded to 100 Block of Tremont street in response to a report of an Armed Robbery. On their arrival, the 25-year-old victim stated that he made arrangements through ‘FaceBook’ with a 24-year-old male nicknamed ‘Zeus’ to ‘MATCH’ and smoke marijuana. Matching is a term used when several people get together, combine their personal marijuana, and smoke it together. As people began to gather, they complained about ‘Zeus’ joining them claiming ‘he robs people’. The victim messaged ‘Zeus’ and demanded him not to come.

The complainant stated ‘Zeus’ ignored the demand and came to the apartment anyway. The complainant stated that as he and his friends attempted to leave, there was a confrontation on the porch. ‘Zeus’ demanded the marijuana by yelling ‘where’s the weed’, pulling out a gun and striking one of the friends’ in the head. This strike, according to the complainant, caused the weapon to malfunction by ejecting the magazine. Zeus’ retrieved the magazine and left the porch walking toward Bedford Street.

Officer Huard was able to identify ‘Zeus’ as Jesus Escobar age 24 with an address in Fall River. Officers Huard, McNerney, and Officer Kwin Silva were able to locate ‘Zeus’ in the Father DiFerio Housing Complex.

Zeus’ also known as Jesus Escobar,24 was arrested without incident and charged with Armed robbery, Assault and Battery by means of a Dangerous Weapon, and Possession of a Firearm without a License.