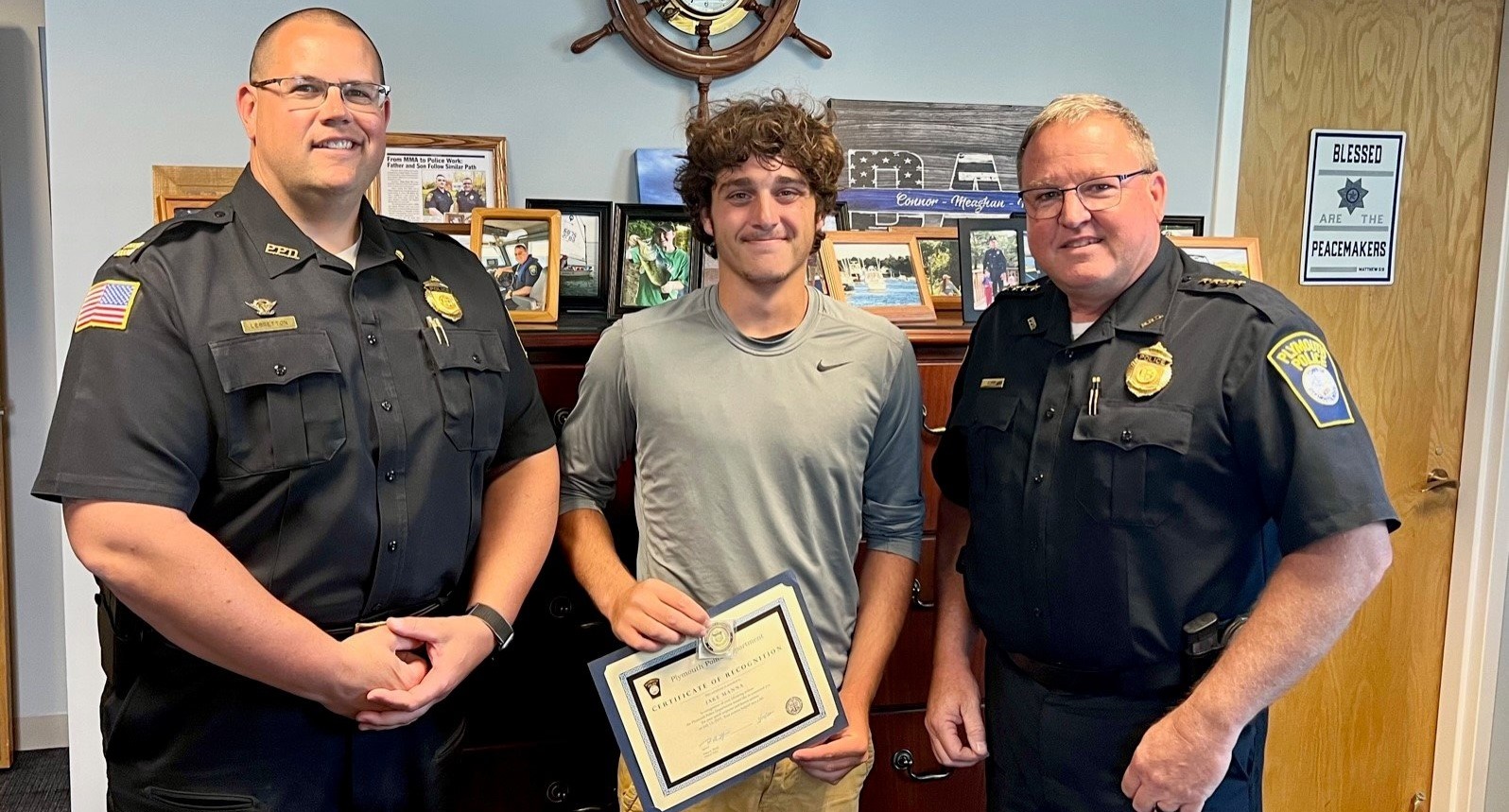 A man while on the job yesterday just may have saved a little girl’s life.

According to Plymouth Police, yesterday, while installing solar panels in Buttermilk Bay, Jake Manna heard that people in the neighborhood were looking for a missing, five-year-old autistic girl. He stopped what he was doing and began searching.

Jake walked down a rural trail that ended at a stream. He noticed a diaper and t-shirt in the stream. Panicked, he ran down the stream to a marsh where he found the young girl in waist deep water. She did not listen to him and continued wading outward. He was able to make his way to her and “put her over his shoulder,” carried her out, and got her to safety.

Plymouth Police stated that Jake is not from Plymouth and doesn’t know the area.

“If he didn’t pick that path and see the missing clothing, we hate to think about what the outcome would have been.”

Officer Vinnie Roth, who was responding to the original call, stated “that girl had a guardian angel yesterday…and his name was Jake.”

Jake today was presented with a certificate and Command Coin from Chief Dana Flynn and Captain LeBretton.

PD stated that they heard that Jake works for Elon Musk and they are hoping that he receives some love from his boss.