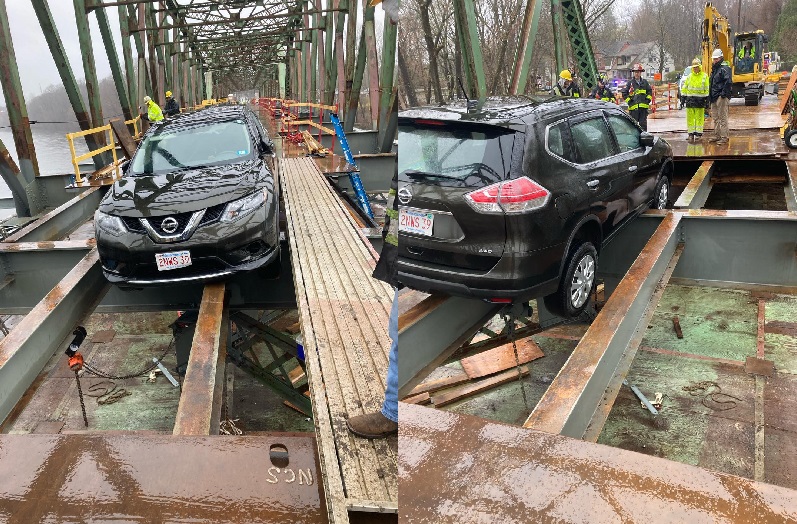 A driver was in for a rude awakening this morning.

Upon arrival, officers determined that a 2015 Nissan was traveling from Montague towards Greenfield and crashed through the road closed barricades. The vehicle continued to travel over the bridge that was under construction until it fell off the decking onto the exposed I-beams. The vehicle was unable to continue as the tires were not touching the surface any longer.

The driver was transported to Franklin Medical Center for evaluation. She will be charged with Operating Under the Influence of Alcohol as well as numerous other civil infractions.

The Greenfield Fire Department assisted Kochs Automotive in towing the vehicle off the bridge.

No other injuries were reported.

The bridge remains closed to traffic.