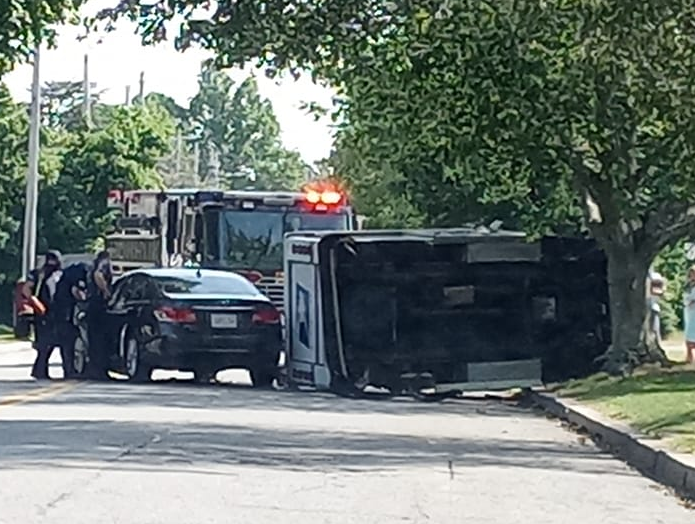 Wednesday, a driver in Fall River was sent to the hospital after crashing into and tipping over a mail truck.

According to Captain Barden Castro, at approximately 4:07 p.m., Fall River Police Uniform Division officers responded to the 1000 block of Highland Avenue for a motor vehicle crash.

The preliminary investigation shows that a Lexus travelling south bound on Highland Avenue veered from its travel lane and struck a parked, unoccupied U.S. Mail delivery vehicle, which caused the mail vehicle to roll on to it’s side.

Castro stated that it is believed that the 23-year-old female operator of the Lexus suffered a medical emergency prior to the crash and was transported to Charlton Memorial Hospital for treatment.

A citation was issued to the operator of the Lexus as well as a report of the medical issue to the Registry of Motor Vehicles.