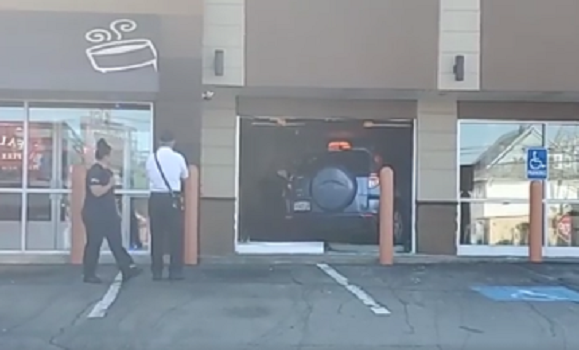 A popular Fall River breakfast spot was damaged Thursday after a vehicle landed inside of the building.

Castro was told that there were remarkably no injuries from the incident and that while the building was struck, no structural damage occurred.

The female operator of the vehicle reported that her foot slipped off of the brake and hit the gas pedal, causing the car to hit the building.

Drive-up service for the Dunkin’ continued without interruption.