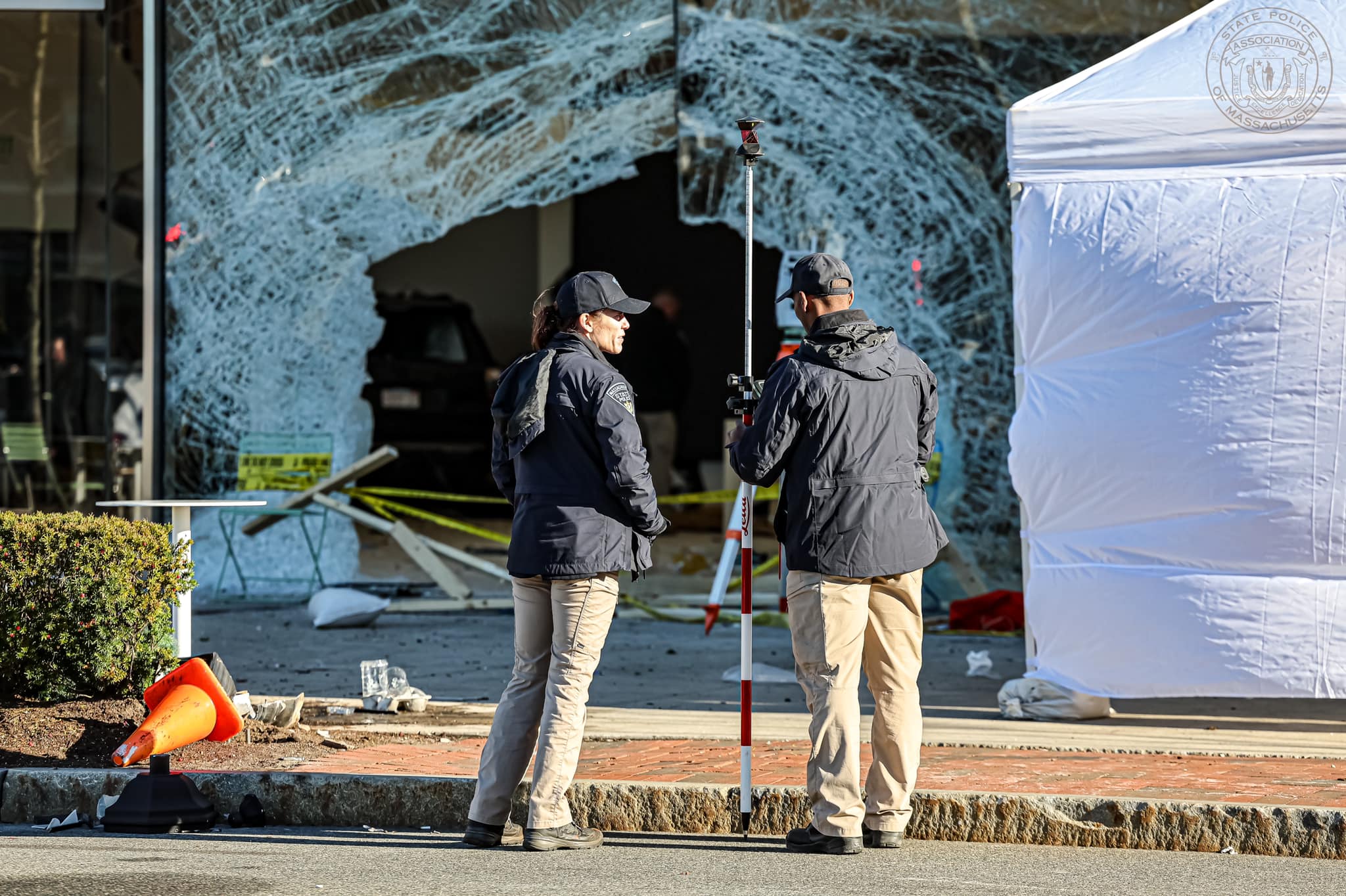 Police, Fire, and EMS from multiple communities responded to a crash Monday morning that caused several injures and at least one death.

At approximately 10:45 a.m., multiple 911 calls came in for a car into a building at the Apple Store on Derby Street in Hingham.

Plymouth District Attorney Timmothy Cruz stated that 19 people were injured and one person has died.

The deceased has been identified as 65-year-old Kevin Bradley of New Jersey.

The preliminary investigation has determined that a dark SUV at an undetermined speed crashed through the glass window at the store. The vehicle could be seen up against a wall deep into the business.

As a result of the extensive investigation by Massachusetts State Police and Hingham Police, an arrest warrant was obtained charging Bradley Rein, 53, with Reckless Homicide by Motor Vehicle. Rein was arrested last night, and is scheduled to be arraigned in Hingham District Court.

It is currently unclear how many people were inside the business and officials did not release a possible cause or motive for the crash.

The building was being inspected but officials stated that there was no concern for the structure at this time.