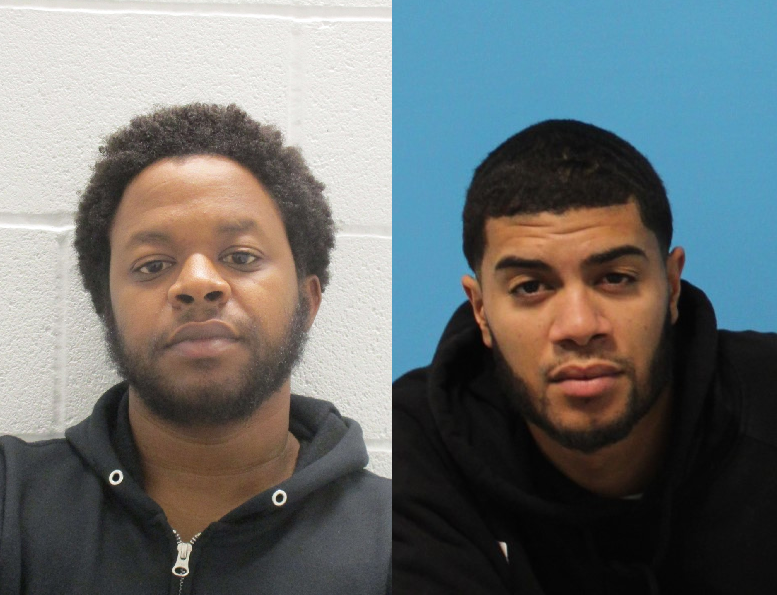 DARTMOUTH, MA – On Monday, December 16, 2019 at approximately 11:06 a.m., while working a detail on Cove Road, Dartmouth Police Detective Jose Catana stopped a vehicle occupied by two men, after the operator went through a posted detour sign.

Simultaneous to Detective Catana stopping the vehicle, Dartmouth Police were dispatched to High Street for a report of two suspicious men walking around in the area.

Upon checking a home in the area on High Street where the men were reportedly last seen, officers confirmed with the homeowner that a break had occurred.

After relaying this information to Detective Catana, who was now accompanied by other officers, it was discovered that the two men were responsible for the break, and that they had property from the residence inside of the vehicle.

Santos was charged with receiving stolen property and use of a motor vehicle in the commission of a felony.

Brito was charged with receiving stolen property, use of a motor vehicle in the commission of a felony, operating after suspension, marked lanes violation, no inspection sticker.

According to Dartmouth Chief of Police Brian P. Levesque, “Not only are these arrests a perfect example of the importance of great teamwork, but they also show how valuable a conscientious detail officer can be in our continuing crime fighting efforts.”