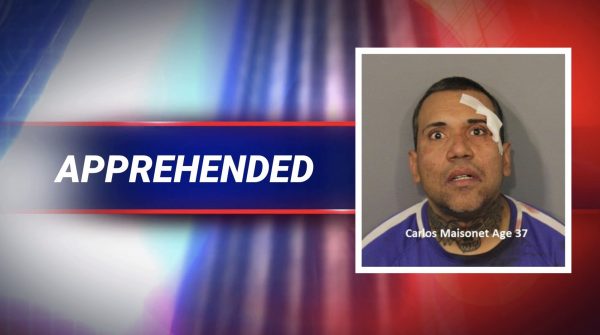 On November 13th, 2017 at approximately 10:52 pm Officers David Medeiros and M. Pessoa were dispatched to Cumberland Farms 864 Stafford Road in regards to an Armed Robbery. On arrival they spoke to the store clerk who stated she had just been robbed at knife point. She went on to say that a male entered the store, walked around, approached the counter and asked for a pack of cigarettes. The clerk turned away to get the cigarettes and when she turned back to the male he had pulled out a small black pocket knife from his pocket and demanded the money from the register. The male began tapping the knife against the register. The male took the money and walked out the store.

The clerk stated the male was wearing a black puffy jacket and was about 5’6”. Access to the store surveillance system was gained and a photo generated of the suspect. Officer M. Pessoa took the photo and sent it by text message to other units canvassing the area. Prior to receiving this picture Officer T. Roberts located a male entering a Maple Gardens apartment building fitting the description given by the first responding officers at the Cumberland Farms. Officer Roberts and other officers entered the building and began canvassing the apartments. While canvassing the apartments, a male stated he heard someone running on the second floor landing. Officer Roberts located a black puffy jacket on the second floor landing.

It was at this time that Officer Roberts received the photo sent by Officer Pessoa. Officer Roberts conferred with Officer Correia and both were in agreement that the male who sent them to the second floor was the male in the photo.

This male was detained until witnesses from the store arrived and positively identified him as the male with the knife. Carlos Maisonet was taken into custody and charged with armed robbery. The cash taken in the robbery was recovered.