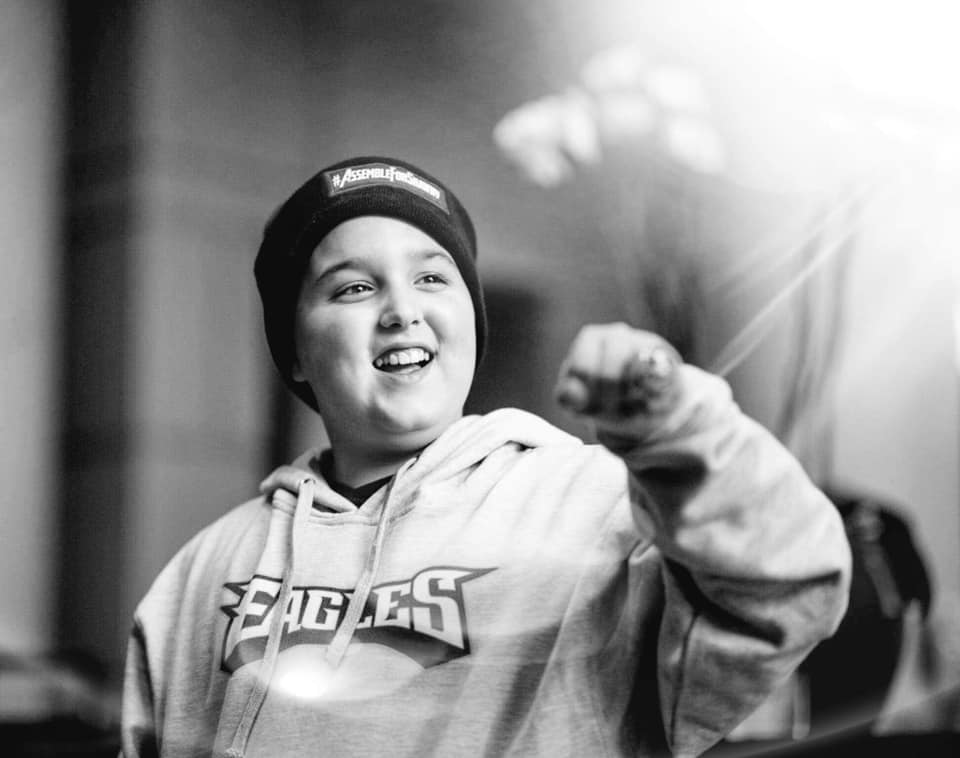 A Tiverton boy that captured our hearts while traveling across the country, made his final trip home.

11-year-old “Super Shawny” Smith lost his courageous battle with cancer last month. Thanks to help from the community, the Tiverton boy was on an adventure knocking down his bucket list items after he was diagnosed with terminal brain cancer. On the anniversary of his first adventure, he took his last trip.

On Sunday morning, the family held a private service before a community parade. Tiverton Police and Fire Departments escorted Shawny like they did on his very first adventure to Philadelphia.

Despite the below zero wind chill, members of the community came out to support Shawny and his family after an adventure that had us following his every step.

Vehicle after vehicle lined up to make the trek from Boules Funeral Home on Broadway in Fall River to Main Road in Tiverton.

Onlookers braved the frigid temperatures with balloons and signs of support.

Because the community was such a big part of Shawny’s journey, the family wanted to include the public in some way.

The community support has been important to Shawny’s family to get them through this difficult time and they didn’t disappoint on Sunday.

“Thank you to everyone who came out today to help bring our super hero home! The turn out was amazing, even in the bitter cold. All the love and support for Shawny was felt by everyone.”