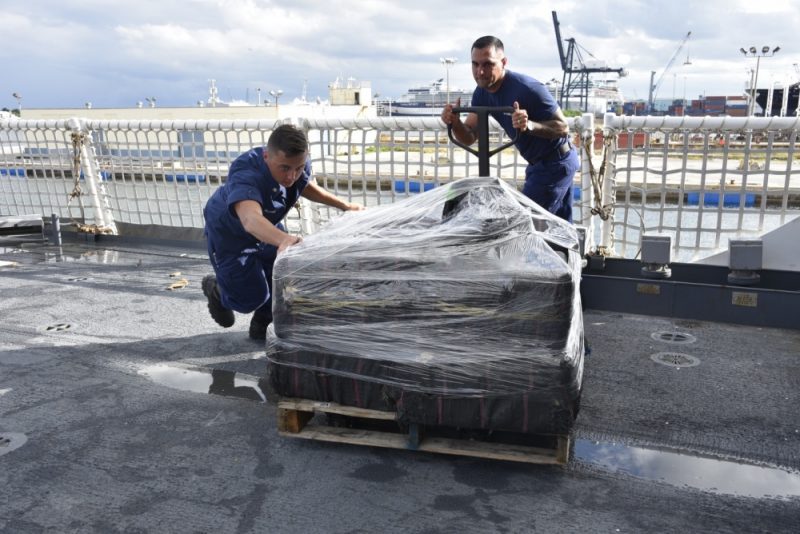 BOSTON — The crew of Coast Guard Cutter Spencer returned to its homeport of Boston Monday after an 80-day patrol in the Eastern Pacific interdicting drugs, rescuing sea turtles, and saving a mariner off the coast of North Carolina.

During the deployment in the Eastern Pacific, Spencer’s crew interdicted a smuggling vessel with 4,497 pounds of cocaine on board, an estimated street value of $65 million.

On the return home from their deployment, the crew of the Spencer diverted to assist in a search and rescue case off the coast of Cape Hatteras, North Carolina. The crew rendezvoused with the crew of the 48-foot sailboat, Marie Elena, at approximately 7:30 a.m., Saturday, launched their small boat crew and transported the distressed 57-year-old crew member aboard the cutter.

An MH-60 Jayhawk helicopter crew from Air Station Elizabeth City, North Carolina, hoisted the crew member from the Spencer and transported him to Sentara Norfolk General Hospital in Norfolk, Virginia.

“The crew of the Spencer is looking forward to spending the holiday season with family and friends after a successful and eventful 80-day patrol,” said Cmdr. John McTamney, commanding officer of Spencer.

Spencer is a 270-foot medium endurance cutter with a crew complement of 100.