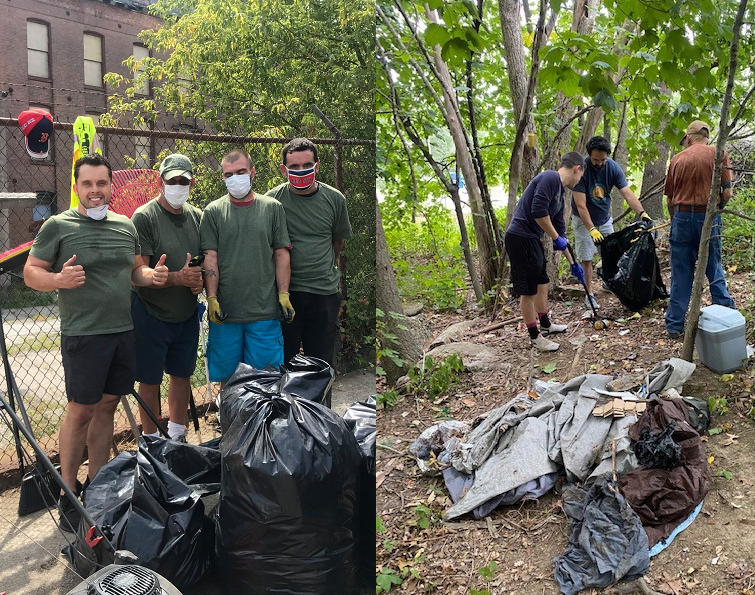 12 groups planned and executed their own clean-up efforts across the City. These clean-ups ranged in group size, area size and location in the City- with clean-ups done around Weaver Street in the North End, North Rocliffee Street and Jencks Street in the Flint, Elsbree Street near Durfee High School and multiple spots on Plymouth Avenue in the South End.

According to the Mayor’s Office, some groups chose to clean our parks- including Father Kelly Park, Ruggles and Lafayette.

The winners of the contest are as follows:

Second Place- Five members of the Mount Hope Masonic Lodge for an intense cleaning of Lafayette Park that included cleaning a former homeless encampment from the
wooded area of the park.

Third Place- The Corky Row Neighborhood Association and their New Leaf Green Team, who put on an incredibly thorough clean-up of Hartwell Street.

Mayor Coogan expressed his deep gratitude towards all who joined in.

“This contest represents the pride and dedication that Fall River residents feel towards our city,” Mayor Coogan stated. “By joining the Clean-Up Competition, these groups have shown that we can all do our part, large or small, to keep our streets clean and beautiful. It doesn’t need to take all day, but cleaning up every so often with your friends, family, coworkers or a community group can make cleaning up a whole lot more fun.”

Coogan wanted to thank all participants, including:

In a related story, City Councilor Trott Lee has organized another of his many clean up efforts.

On Saturday September 5th at 9:00 a.m., the neighborhood cleanup will take place at the train tracks near Almy and Cory Street. The group will meet at the garage at 132 Almy Street.