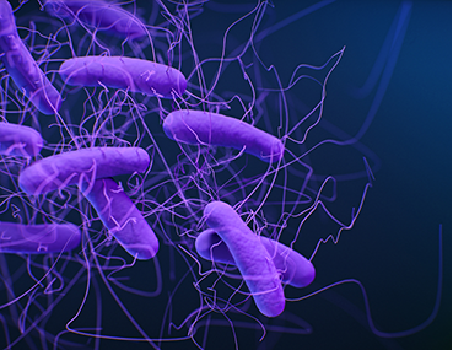 CDC’s Antibiotic Resistance Threats in the United States Report has recently been issued.

The report includes the latest national death and infection estimates that underscore the continued threat of antibiotic resistance in the U.S.

According to the report, more than 2.8 million antibiotic-resistant infections occur in the U.S. each year, and more than 35,000 people die as a result. In addition, 223,900 cases of Clostridioides difficile alone occurred in 2017 and at least 12,800 people died.

“Dedicated prevention and infection control efforts in the U.S. are working to reduce the number of infections and deaths caused by antibiotic-resistant germs, but the number of people facing antibiotic resistance is still too high.”

The CDC warns that more action is needed to fully protect people.

CDC is concerned about rising resistant infections in the community, which can put more people at risk, make spread more difficult to identify and contain, and threaten the progress made to protect patients in healthcare. The CDC stated that the emergence and spread of new forms of resistance remains a concern.

The report lists 18 antibiotic-resistant bacteria and fungi into three categories based on level of concern to human health—urgent, serious, and concerning. The urgent threats are listed below.

Drug-resistant Candida auris (C. auris)
Type: Fungus
About: C. auris is an emerging multidrug-resistant yeast. It can cause severe infections and spreads easily between hospitalized patients and nursing home residents.
Clinical cases in 2018: 323

Clostridioides difficile (C. difficile)
Type: Bacteria
About: C. difficile causes life-threatening diarrhea and colitis (an inflammation of the colon), mostly in people who have had both recent medical care and antibiotics.
Infections per year: 223,900
Deaths per year: 12,800

Carbapenem-resistant Enterobacteriaceae (CRE)
Type: Bacteria
Also known as: Nightmare bacteria
About: CRE are a major concern for patients in healthcare facilities. Some Enterobacteriaceae (a family of germs) are resistant to nearly all antibiotics, leaving more toxic or less effective treatment options.
Estimated cases in hospitalized patients in 2017: 13,100
Estimated deaths in 2017: 1,100

Drug-resistant Neisseria gonorrhoeae (N. gonorrhoeae)
Type: Bacteria
About: N. gonorrhoeae causes the sexually transmitted disease gonorrhea that can result in life-threatening ectopic pregnancy and infertility, and can increase the risk of getting and giving HIV.
Estimated drug-resistant infections per year: 550,000