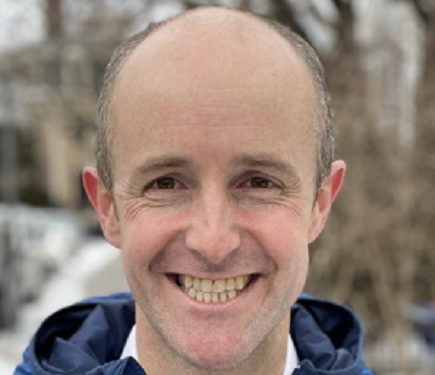 MARCH 19, 2021…..Efforts by the state to educate and convince all residents, particularly in some communities of color, that the COVID-19 vaccines are both safe and effective have been an ongoing challenge. But to Democratic candidate for governor Ben Downing, vaccinations for some groups – including the Massachusetts State Police – should not be an option.

Downing believes all State Police, but also teachers and other first responders, should have to be vaccinated to remain on the job. His call for mandatory shots came in the wake of newly reported data showing that hundreds of State Police troopers did not take advantage of department-run COVID-19 vaccine clinics earlier this year.

“I do believe, short of a medical exemption, proof of a vaccination should be mandatory,” the former state senator told the News Service.

Downing’s position stands in contrast to the approach taken by Gov. Charlie Baker and other states that have stopped short of mandatory vaccinations for any group, including those prioritized early for shots because of their proximity to the public. It is also opposed by the Massachusetts Teachers Association, which has been fighting with the Baker administration over where and how fast teachers should be vaccinated.

Downing said he didn’t think it would be heavy-handed or overly intrusive for a state government to mandate vaccines for certain public-sector workers that interact with the public.

The Boston Globe reported earlier this week that 2,002 of 2,847 eligible State Police employees had received at least a first dose at one of the department clinics in Framingham, Plymouth, or Chicopee.

Following that report, Downing tweeted, “No vaccine, no job. When you sign up to protect and serve, you need to keep the commitment to protect in every way. #mapoli”

The Executive Office of Public Safety confirmed the number of State Police employees who had used the clinics at 2,002, indicating that it accounted for at least 70 percent of department personnel. But the secretariat also said the total did not reflect anyone who may have been vaccinated off-site or declined a shot for medical reasons, such as allergies or a recent COVID-19 diagnosis.

The administration said employees of both the State Police and the Department of Correction, where over half of the staff have declined shots at agency-run clinics, continue to be encouraged to get the vaccine, but it has not been made mandatory.

With the state approaching 1 million residents fully vaccinated and millions more awaiting their turn to get a shot, Baker on Wednesday outlined the timetable under which all residents will be eligible by April 19.

He said the goal is to vaccinate at least 4 million of the more than 5.5 million adults in Massachusetts, and he hopes that those who might be reluctant now will come around over time.

“My hope is, as we continue to vaccinate people, as we continue to make it possible for others to get vaccinated, that some of the people who just don’t want to be first will take a look at their friends and their neighbors and their coworkers and their families and others and say, “You know, what? I’m okay with this,'” Baker said at a press conference on Wednesday.

A state report from March 11 showed that 2,931 DOC staff had received at least one dose of COVID-19 vaccine, while 3,074 had refused a department-administered shot. The Baker administration said that in a follow-up survey more than 400 correction staff, or 10 percent, have expressed interest in getting a shot at a future clinic.

First responders in Massachusetts were among the first waves of residents to have access to vaccines, becoming eligible on Jan. 11.

Downing said he agrees with the decision to prioritize first responders early in the rollout of the COVID-19 vaccine program, but said they should not be able to opt against getting vaccinated for the same reasons that they were prioritized in the first place.

“The last thing we need is people not calling on the State Police or being afraid at the side of the highway that the trooper coming to help them might not be vaccinated and carrying the virus,” Downing said.

Nancy Sterling, a spokeswoman for the State Police Association of Massachusetts, said the union knows “anecdotally” that more than the 2,002 uniformed and civilian State Police personnel reported as vaccinated have received shots elsewhere, through their military service, health providers or at pharmacies or other sites.

“If the current administration chooses to implement mandatory vaccines we would certainly comply,” Sterling said.

Downing said he was bothered by the lack of information about whether troopers not vaccinated at department-run clinics got a vaccine elsewhere, and by the lack of urgency on the part of the State Police, the union and the Baker administration to identify unvaccinated troopers and attempt to get them vaccinated.

Sterling said there was “no way to quantify exact numbers” because it wasn’t mandatory.

Downing drew a distinction between public and private employees in who should be forced to get a vaccine, but he said state government would be in a better position to advocate for universal vaccination in the private sector if it could point to its own workforce as one that’s fully vaccinated.

Asked if he would put teachers in the same category, Downing said, “Yes.”

He also said he would like to see the vaccination uptake numbers for municipal law enforcement, emergency medical technicians and other health providers, but suggested they should be held to the same standard as the State Police.

“I have trouble seeing how vaccination isn’t a condition of employment for first responders,” he said.

MTA President Merrie Najimy said the teachers union would not support making a vaccine a condition of employment in a school, despite their ongoing efforts to improve access for teachers and staff.

“We agree with the U.S. Centers for Disease Control and Prevention that vaccines provide an extra layer of protection against COVID-19 in our academic settings, especially now that social-distancing guidelines are expected to be reduced. We will continue to inform our members about the value of receiving one of the available COVID-19 vaccines. But the MTA does not endorse requiring vaccines as a condition of employment,” Najimy said in a statement.

Downing compared the situation with COVID-19 vaccines to the broader debate over immunizations, referencing a bill filed by Rep. Andy Vargas of Haverhill that would remove the religious exemption for school children otherwise required to be vaccinated against a number of diseases.

“I think we’ve seen too often excuses made for folks not taking steps that will make the broader public healthy and that are in line with the science and the longstanding data that we have with flu and the developing data we have with COVID-19,” Downing said.

He added, “We are all safer if everyone is vaccinated.”