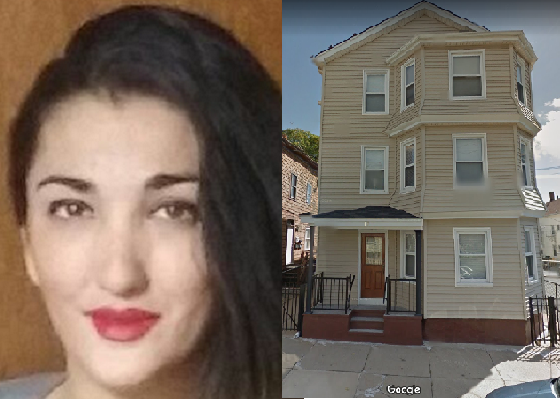 A 30-year-old Fall River man pleaded guilty to a charge of voluntary manslaughter in connection to the 2017 killing of his girlfriend, Bristol County District Attorney Thomas M. Quinn III announced.

According to the Bristol County District Attorney’s Office, the victim, Kristina Reis, and the defendant, were in a dating relationship for several years prior to her death. Approximately a month prior to Reis’s death, the two had moved into the 3rd floor apartment of 17 Linden Street in Fall River.

On May 22, 2017 at approximately 9:22 p.m., the defendant called 911 to report that he and his girlfriend had stabbed each other. On the 911 call, the defendant described the altercation as a “major fight” and said he stabbed Reis after she had first stabbed him in the chest. At the end of the call, police can be heard entering the defendant’s residence.

Reis was found by first responders at the threshold to the first floor apartment’s side door. Reis was not responsive and was suffering from life threating wounds. Medical personnel attempted life saving measures before transporting her to Charlton Memorial Hospital, where she was pronounced deceased a short while later.

At 17 Linden Street, the defendant was located in his third floor apartment. The defendant was suffering from a stab wound to the upper left side of his chest. He told police on scene that he and Reis were using cocaine all night. A crack pipe was located by police, according to the DA.

The ensuing investigation revealed that there were no witnesses to Reis’s death. The 2nd floor tenants were not home at the time of the incident, and the first floor tenants were hard of hearing and asleep during the relevant time period.

Two bloody knives were seized from the bedroom in the apartment, both of which were analyzed and revealed to contain DNA from both Reis and the defendant.

An autopsy of Reis was conducted by the Massachusetts State Medical Examiner’s office, which confirmed that Reis had died as a result of stab wounds to the area around her neck and chin.

The DA stated that information from court records showed a history of past violence between the parties that continued despite the best efforts of the family and the court to intervene. Reis had previously pled guilty to an assault and battery involving a knife where Rego was the alleged victim. Additionally, Rego was on probation for a domestic violence case involving Reis as the victim at the time of her killing.

The family was consulted about the resolution of the case, according to the DA, and were aware of the evidentiary issues that led to the plea from murder to voluntary manslaughter. Members of Reis’s family attended Friday’s plea hearing and provided victim impact statements to the judge.

The case was prosecuted by Assistant District Attorney Patrick Driscoll.

“This was a very sad and tragic ending to a tumultuous relationship. My heart goes out to the victim and her family,” District Attorney Quinn said.