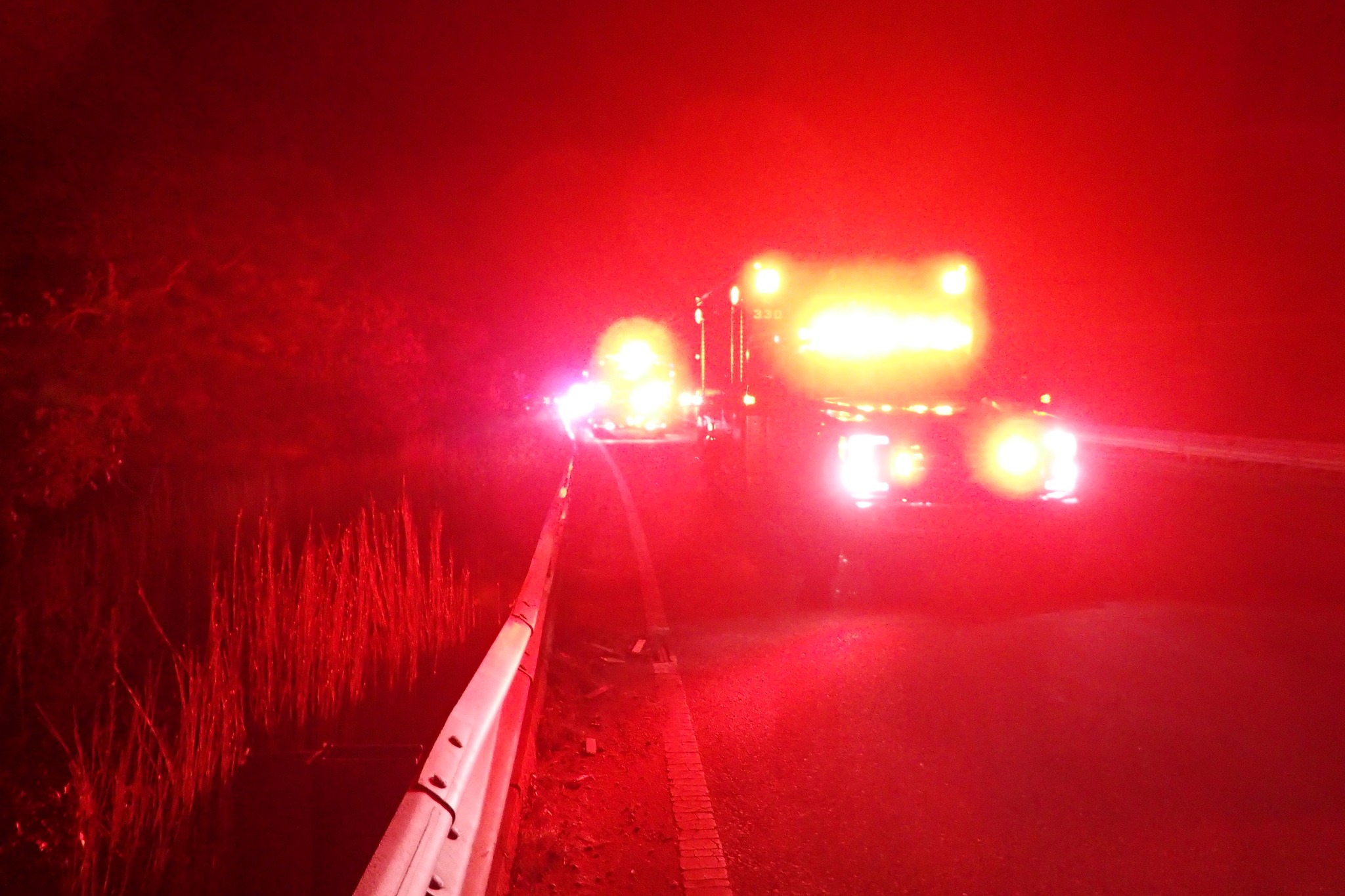 A stabbing victim was involved in a serious crash early this morning.

According to Barnstable Police, at approximately 1:51 a.m., police responded to a roll over motor vehicle accident on West Main Street Hyannis near the intersection of Sumi Road. Two individuals were transported to Cape Cod Hospital with non-life-threatening injuries from the scene.

During the investigation of the motor vehicle crash, it was discovered that one of the individuals transported from the scene had also sustained apparent stab wounds to his abdomen during an altercation at a residence in Osterville.

The victim, a 23-year-old male from Harwich, was being brought to Cape Cod Hospital by friends when their vehicle rolled over on West Main Street.

The investigation into the assault at the residence remains active and ongoing.

If you have any information regarding the incident, police ask to contact Detective Katie Parache at 508-778-3820.