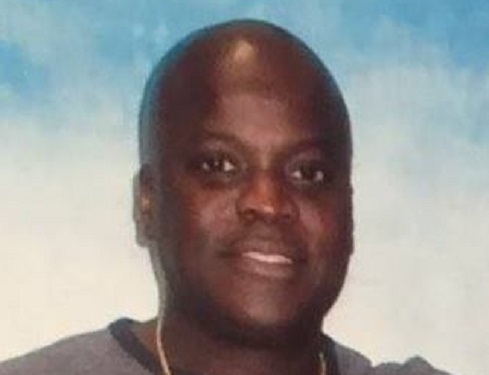 BOSTON – The Baker-Polito Administration today announced that Governor Charlie Baker is commuting the first-degree murder sentences of Thomas Koonce and William Allen to second degree murder, making each immediately eligible for parole. The Parole Board, serving in its function as the Advisory Board of Pardons, recently recommended commutation for both Mr. Koonce and Mr. Allen.

The Massachusetts Constitution grants the Governor the power to commute, or remit, a portion of a criminal sentence. Governor Baker issued updated Executive Clemency Guidelines in February 2020. Petitions for commutation are reviewed by the Advisory Board of Pardons. The Board evaluates the petition, weighing the factors laid out in the Executive Guidelines, and makes a recommendation to the Governor. The Board had recommended that the Governor commute the sentences of both Mr. Koonce and Mr. Allen to second-degree murder. The commutations must now be approved by the Governor’s Council. If approved, Mr. Koonce and Mr. Allen would be eligible for a parole hearing and would be on parole for life if parole was granted.

“The authority given to me by the people of Massachusetts to commute and pardon individuals is one of the most sacred and important powers of this office,” said Governor Charlie Baker. “There are few things as important to me in this position as ensuring justice is served for the individuals impacted by a crime and my responsibility to ensure fair application of justice to all. To make these difficult decisions, I spent months carefully weighing the circumstances of the two terrible crimes, the actions of the two men since and the Parole Board’s recommendation for commutation. I believe both men, having taken responsibility for their actions and paid their debt to the Commonwealth by serving sentences longer than most individuals found guilty of similar actions, deserve the right to seek parole from prison. I hope the Governor’s Council carefully weighs the facts of these cases as well as the undeniable impact on the families involved and reaches the same decision.”

According to the updated guidelines released in February 2020, commutation “is intended to serve as a strong motivation for confined persons to utilize available resources for self-development and self-improvement and as an incentive for them to become law-abiding citizens and return to society.” Commutation does not excuse or negate an inmate’s criminal conduct, nor is it a review of the trial or appellate legal proceedings that resulted in the inmate’s conviction.

Thomas Koonce is a 54-year-old former United States Marine who has served 30 years in prison for the murder of Mark Santos. On July 20, 1987, Koonce fired out of the window of a car during an altercation in New Bedford, fatally wounding Santos. On June 23, 1992, a Bristol Superior Court jury convicted Koonce of first-degree murder, and he was sentenced to life in prison without the possibility of parole. During his time in prison Koonce has participated in significant programming, become a leader to help other inmates benefit from some of those same programs, and helped to establish new programs, including the restorative justice program at MCI-Norfolk. Koonce earned a Bachelor of Liberal Studies, magna cum laude, through Boston University’s prison education program. He has been active in his church and employed throughout his incarceration.

William Allen is a 48-year-old man who has served 27 years in prison for his role in the murder of Purvis Bester. On February 8, 1994, Allen and a co-defendant broke into Bester’s Brockton apartment intending to rob him, and the co-defendant fatally stabbed Bester. On August 29, 1997, a Brockton Superior Court jury convicted Allen of first-degree murder for his joint participation in the robbery, and he was sentenced to life in prison without the possibility of parole. While incarcerated Allen participated in significant programming – among them restorative justice and violence alternatives – as both a student and a facilitator. He has earned vocational licenses to be a barber, food service worker, and law clerk, served as a Eucharistic minister for the Catholic community, and consistently held a job, including working as a companion and assistant to severely mentally ill patients at Bridgewater State Hospital.

Anthony Benedetti, Chief Counsel, Committee for Public Counsel Services stated: “We want to thank Gov. Baker for approving the commutation requests of Thomas E. Koonce and William Allen. The criminal legal system should be focused on rehabilitation, not retribution – punishment for the sake of punishment. These men did everything they could to improve themselves while locked up, and I believe they will make their communities better when they are finally released. This moment should give hope to the many people who deserve a second chance, and hopefully it is a sign that more commutations are coming. There are more people like Mr. Koonce and Mr. Allen locked up, and they serve society better when they are no longer behind the wall.”