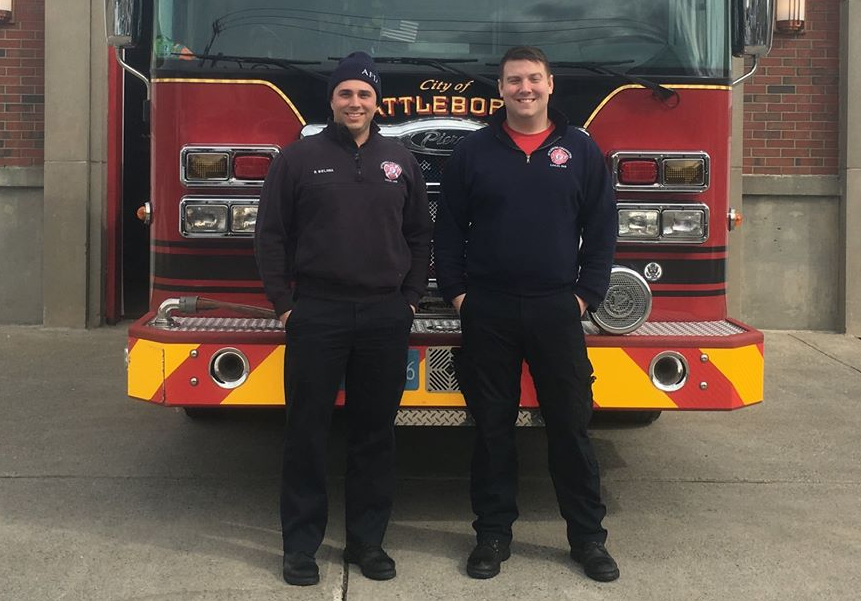 ATTLEBORO — Chief Scott T. Lachance is pleased to announce that two Attleboro firefighters delivered a baby girl in the back of an ambulance earlier this week.

At approximately 3:45 a.m. on Wednesday, March 21, the Attleboro Fire Department responded to a home on Peck Street where a woman was in labor.

The woman was transported to an ambulance, and while on the way to the hospital, firefighters Ryan Bielawa, who is from Fall River, and Cameron Eames helped to deliver a healthy baby girl. Mother and baby were taken to Sturdy Memorial Hospital where they were doing fine on Friday.

“Some firefighters go their whole careers without delivering a baby, so I’m sure that this is something they will never forget,” Chief Lachance said. “Thanks to their quick response and actions the healthy baby girl was delivered safely.”