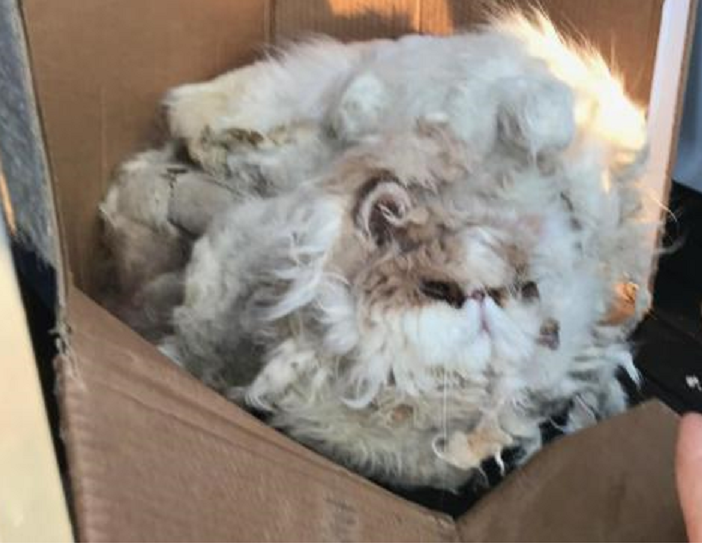 On Thursday, February 8th a severely neglected cat (pictured below) was found frozen to a box near a dumpster on Sandy Lane in Warwick, RI.

On Monday, February 12th the Rhode Island SPCA offered a reward in the amount of $500 for information leading to the arrest and conviction of the person or persons responsible for this clear act of animal cruelty. In response, the RISPCA received many phone calls and emails which led to the arrest Tuesday of Donna Vessella of Warwick, RI. Vessella was charged with one count of RIGL 4-1-4 abandonment of an infirm animal and one count of RIGL 4-1-3 unnecessary cruelty.

Luckily this little guy is on the mend thanks to the great people at Warwick Animal Hospital and will be adopted by one of the people involved in caring for him.

The RISPCA would like to thank Warwick Animal Control, Warwick Police, Warwick Animal Hospital, and all the concerned supporters of the Rhode Island SPCA for their help.