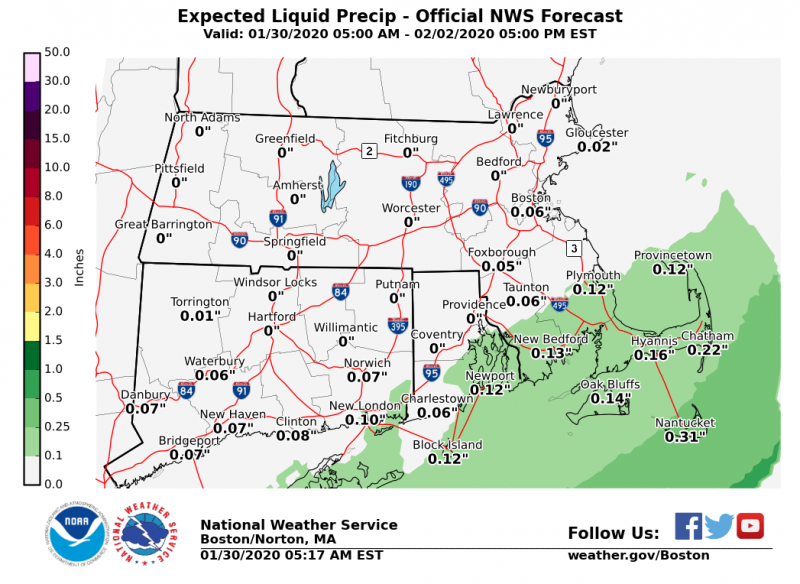 It appears those that were hoping for a “bread and milk” type of storm this weekend will be out of luck.

According to the National Weather Service, the big nor’easter is, for the most part, pushing out to sea.

If you are hoping that maybe a snow or rain storm will be coming up in the near future, you may be out of luck there as well as the current long range forecast doesn’t show any precipitation except possible showers on Wednesday. Temperatures will also be seasonably warm with several high temperatures approaching 50 degrees.

Saturday
A slight chance of rain after 8am. Mostly cloudy, with a high near 43. Calm wind becoming northeast around 5 mph in the morning. Chance of precipitation is 20%.

Saturday Night
A slight chance of rain before 8pm, then a slight chance of snow between 8pm and 9pm. Mostly cloudy, with a low around 30. North wind around 7 mph. Chance of precipitation is 20%.

Sunday Night
Partly cloudy, with a low around 33. West wind around 9 mph.