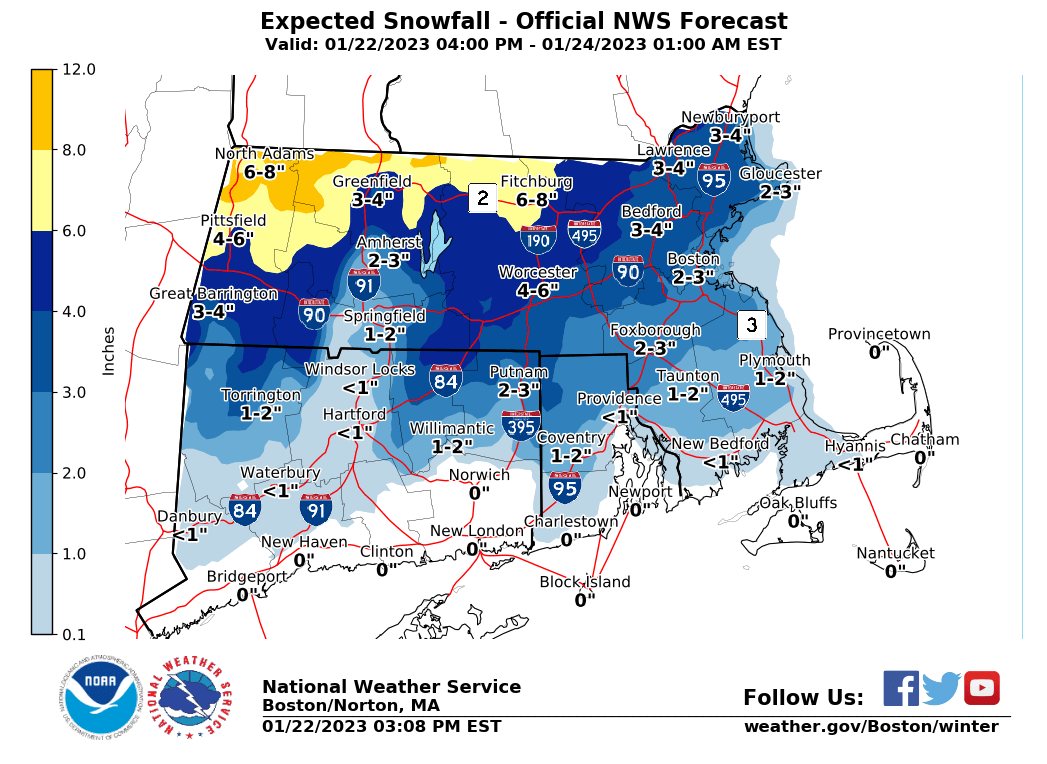 All of Massachusetts is expected to see snow beginning tonight. How much you are forecast to receive depends on what area of the state you live.

According to the National Weather Service Boston, snow is expected to start Sunday night in higher elevations while lower elevations and coastal areas will see rain.

The rain snow line will move southeast through the region tomorrow with everyone seeing snow by tomorrow afternoon.

Monday
Snow likely, possibly mixed with rain, becoming all snow after 5pm. North wind 14 to 17 mph, with gusts as high as 28 mph.

Monday Night
A chance of snow, mixing with rain after 8pm, then gradually ending. Cloudy during the early evening, then gradual clearing, with a low around 29. Blustery, with a northwest wind 15 to 20 mph. C