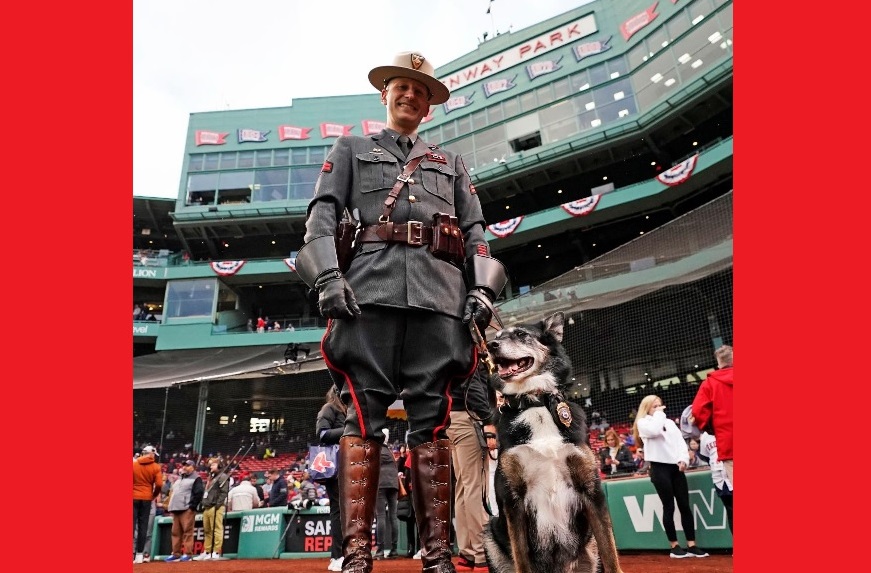 The Rhode Island State Police today announced the passing of K-9 Ruby, age 11 ½. She was euthanized on Friday, May 13th following a sudden, acute, and untreatable illness.

“K-9 Ruby dedicated her life to serve the citizens of Rhode Island and make a positive impact on every person she ever interacted with. She became a symbol of hope for all shelter dogs, showing the world what a shelter dog can do when just given love and the chance to shine. She had a full, happy, and wonderful life, not only as a trooper, but as part of a loving family. She worked right until the end and never gave up doing what she loved most – making people smile.”

In late 2017 Ruby successfully located a lost and distressed teenager who was the son of a shelter volunteer who had cared for her as a puppy. As a result of this rescue, Ruby was named American Humane Hero Dog Search and Rescue Dog of the Year in 2018. Her story was made into the 2022 Netflix move, “Rescued by Ruby.”

Ruby lived with Corporal O’Neil and his family. She will be honored privately.