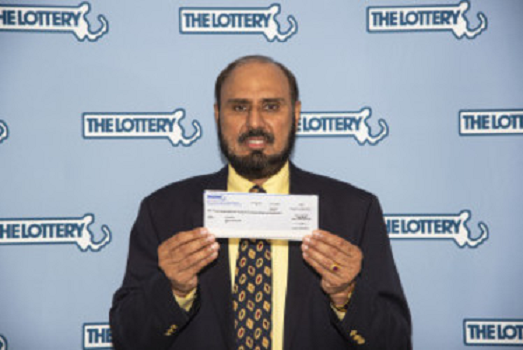 Sometimes what appears to be bad luck can turn into the luck of your dreams. That is certainly what happened for a Massachusetts man.

Since his washing machine wasn’t working, Singh and his daughter went to the laundromat, where he exchanged a $20 bill for quarters. While waiting, he decided to use his remaining change to purchase an instant ticket at a Richdale Convenience Store located in the same building. After first winning $10, he bought two more tickets, one of which was a million dollar winner.

Singh chose the cash option and received a one-time payment of $650,000 (before taxes). The Richdale store where he purchased the ticket is located at 58 Montvale Ave in Stoneham. The store will receive a $10,000 bonus for its sale.