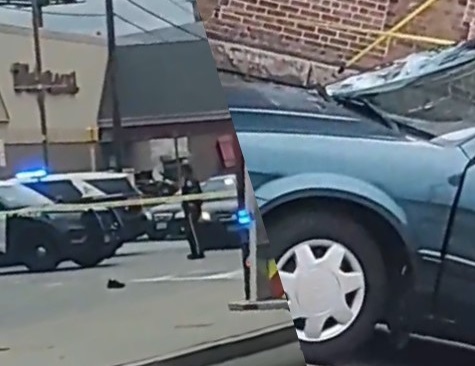 Police are investigating after an early afternoon crash in Fall River left a woman seriously injured.

According to Lieutenant Antonio Elumba, at approximately 12:30 p.m., Fall River Police and Fire personnel responded to the intersection of Plymouth Avenue and Rodman Street regarding a report of a motor vehicle crash involving a pedestrian.

Empty shoes could be seen at the accident scene in addition to a vehicle with a smashed windshield on the passenger side.