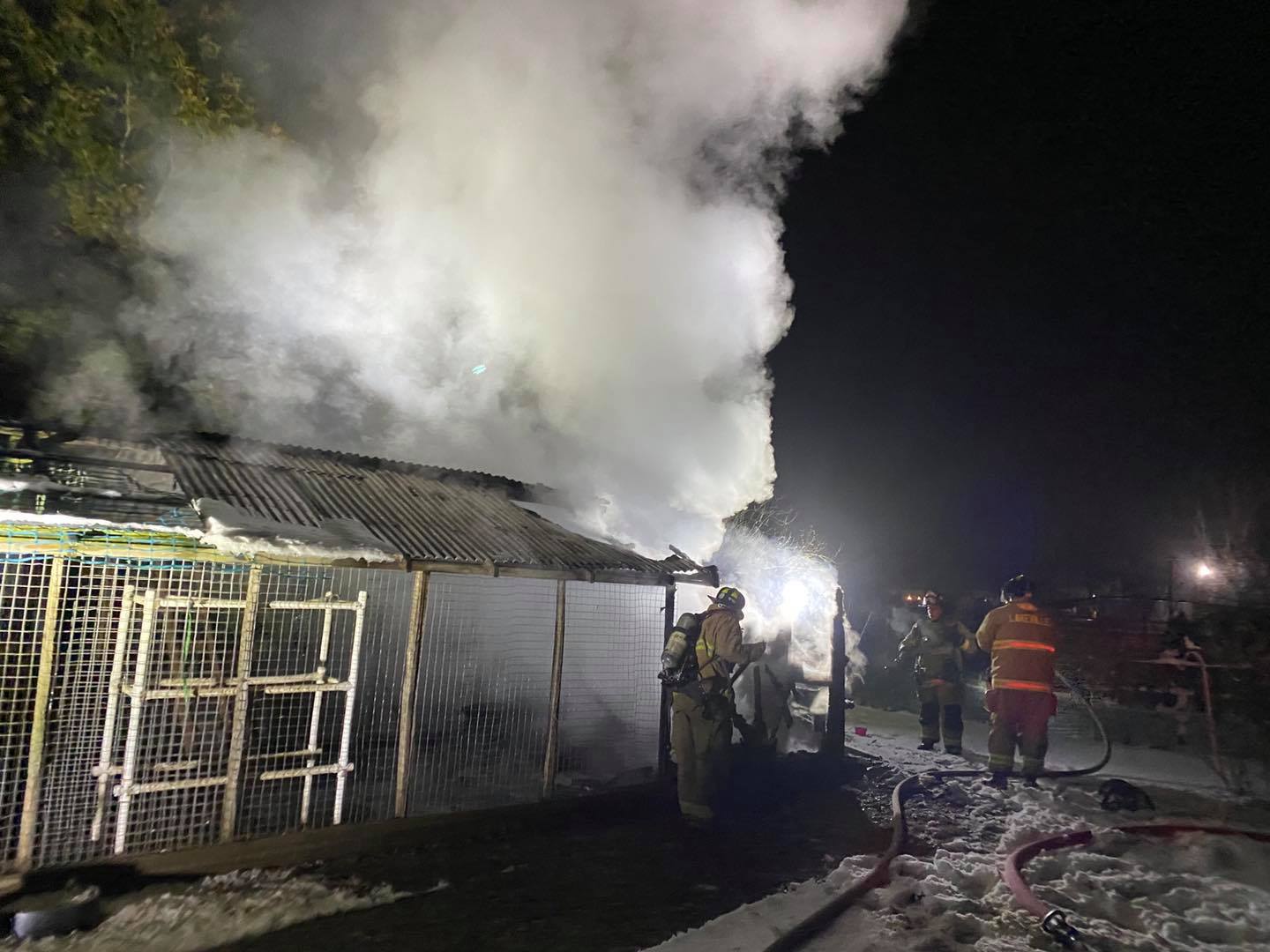 According to the Lakeville Fire Department, firefighters were dispatched just before 11:00 p.m. to a Main Street home for a shed fire, with animals trapped inside.

Engine 1, Engine 2, and Tanker 1 responded to find a chicken coop heavily involved in fire upon arrival.

Firefighters knocked down the fire in time to save approximately 2 dozen chickens, but sadly, it is believed that 4 birds die in the blaze.

LFD stated that the cause of the fire was accidental and believed to have started where a portable heater was located.

Once the fire extinguished, firefighters turned into chicken wranglers and herding the chickens into a second smaller coop.