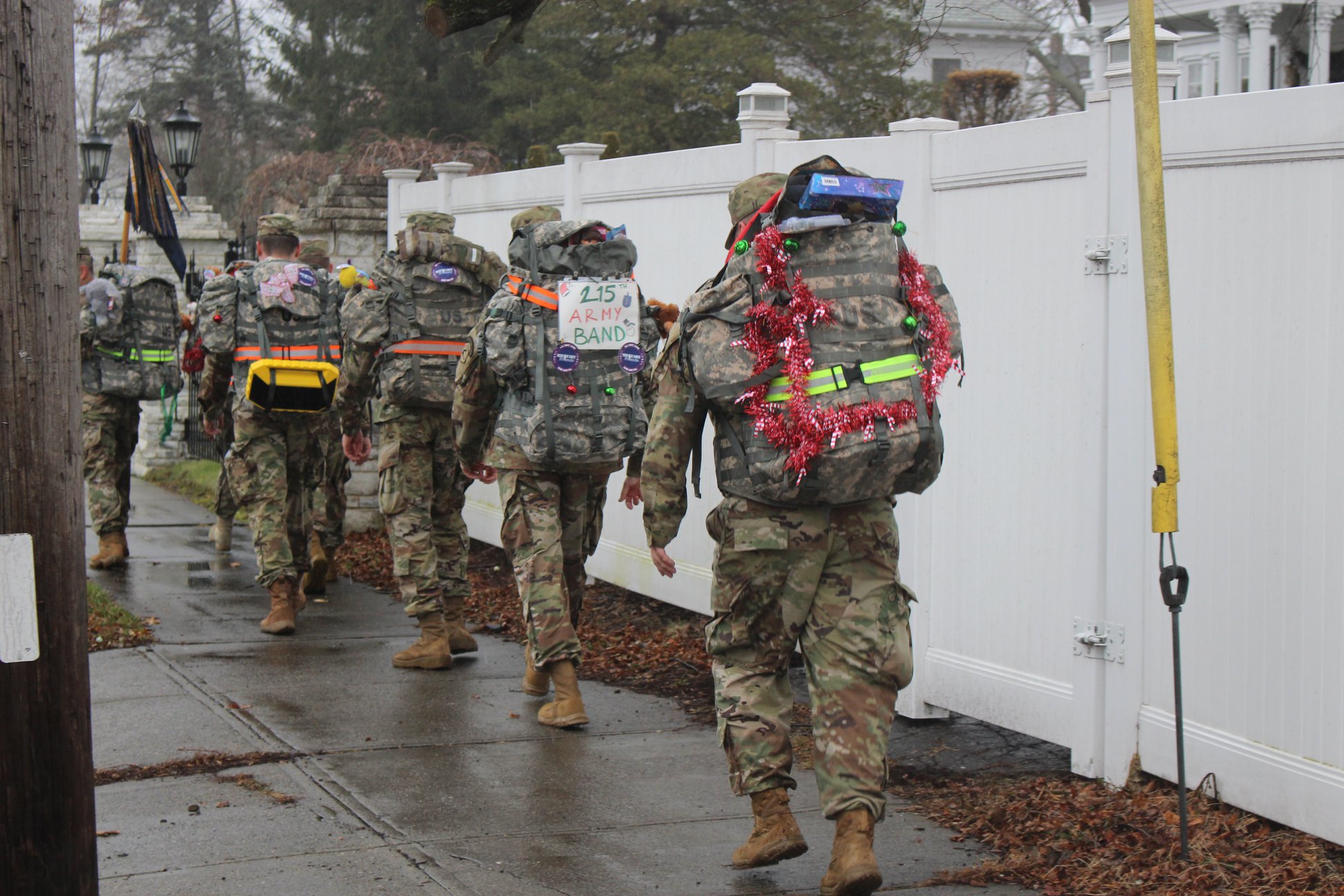 FALL RIVER, MA – On Saturday, December 7th, members of the 215th Army Band, joined by members of the Fall River Police and Fire Departments, will fill their rucksacks with donated toys and clothing and will march more than five miles through the streets of Fall River to deliver Christmas cheer to the children and youth living at Saint Vincent’s Home. The five mile Rucksack March will have members of the National Guard leaving the Armory on Dwelly Street in the morning and marching north through East Main St., South Main St. to North Main St. The group will then tackle President Ave. as they march on toward their final destination at 2425 Highland Ave.

This Christmas, more than 100 children and youth, ages 18 months to 21 years, separated from their families for various reasons, will wake up on Christmas morning… at Saint Vincent’s. The hope is to have brightly wrapped packages, boxes, and bags under the tree for each child. Saint Vincent’s is working to make the Christmas holiday as festive as possible for all of these children and it will only happen with the generosity of individuals and groups such as 215th Army Band.

If you see them please stop, thank them and sending them off with an encouraging word!

ABOUT THE 215TH ARMY BAND
The 215th Army Band of the Massachusetts National Guard, the 2nd oldest band in the United States Army, is commanded by CW3 Stephen Martins and First Sergeant Jeffrey Hyde, both from Somerset, MA. The 215th has been an international music ambassador for the Commonwealth on numerous occasions. In 1986 the Band performed for President Reagan during the Presidential Summit with the Soviet Union in Iceland. In 1995, the Band traveled to the Netherlands to help commemorate the 50th anniversary of the end of World War II. The Band has also completed successful goodwill tours of the countries of Greece and Jamaica. The Band has performed successful active duty backfill missions in Heidelberg, Germany, Aberdeen Proving Ground in Maryland, Fairbanks Alaska, Fort Gordon Georgia and on three separate occasions at Fore Monroe, Virginia.