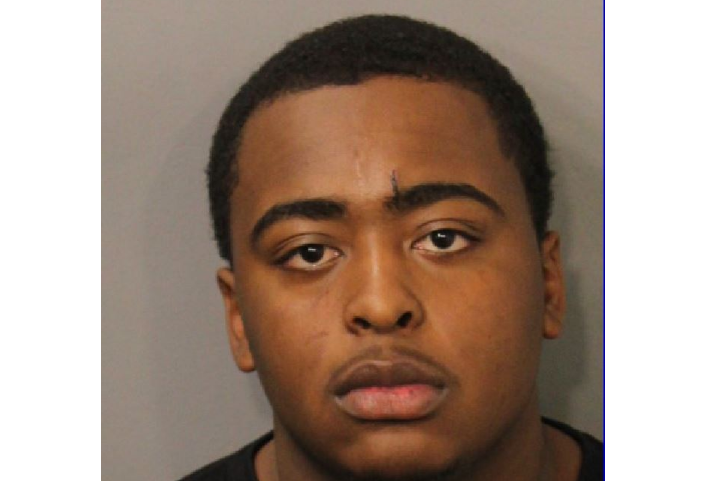 According to Rochester Police Chief David Smith, Officer Anthony Mazurkiewic, a 25-year veteran of the Rochester Police Department, was killed in the line of duty on Buman Street in Rochester. Officer Mazurkiewic and his partner, Officer Sino Sens were attacked in an ambush. According to NBC Rochester, Vickers, formerly of Fall River and now residing in Brockton, walked behind the police vehicle and fired 17 times. One bullet also grazed a 15-year-old girl.

Late last month, members of the Rochester Police Department’s Tactical Unit were in the area of Bauman Street and Laser Street in an attempt to gain intelligence as part of an ongoing murder investigation. Officers Tony Mazurkiewicz and Sino Seng were parked in an unmarked vehicle on Bauman Street, just south of Laser Street. As part of the intelligence gathering, additional marked and unmarked units were in the area to provide support.

At approximately 9:15 p.m., a male approached the surveillance vehicle from behind. While secreting himself behind large shrubs, he fired approximately 17-rounds at the vehicle from approximately 10-15 feet away. Officer Mazurkiewicz, while sitting in the driver seat, was struck at least twice in the upper body and Officer Seng, sitting in the passenger seat, was shot once in the lower body. Despite having been shot, Officer Seng was able to exit the vehicle and return fire. The suspect was not struck and proceeded to flee the scene on foot.

The support units immediately responded and rushed both Officers to the hospital. Additionally, a 15-year-old female was inside a nearby house and grazed by one of three shots that penetrated the walls of her house.

In addition to rushing the injured Officers to the hospital, Police Officers from every local jurisdiction converged on the scene and quickly established a perimeter. Officers searching inside of the perimeter observed signs of entry at a nearby vacant house. While checking the location, Officers located Vickers hiding in a 2nd floor crawl space. Vickers was taken into custody without further incident and a 9mm handgun was recovered. Preliminary testing has indicated that this weapon is the weapon used to murder Officer Mazurkiewicz as well as shoot Officer Seng and the 15-year-old girl.

As a result of search warrants, 9-firearms, including handguns and assault style rifles were recovered. Additionally, hundreds of rounds of ammunition and approximately
100-pounds of marijuana were seized.

Vickers was taken into custody within an hour; and the suspected murder weapon was recovered.

Vickers criminal history includes juvenile contacts for Assault and Battery on an Officer at the age of 12, burglary related offenses, strangulation with a deadly weapon, assault with a deadly weapon, and two separate possession of firearms offenses. As an adult, Vickers has been convicted of possessing an unlicensed firearm.

Vickers was arrested by Fall River Police on gun charges in 2019 and, according to NBC Rochester, had recently been released from prison on those charges.

Vickers will be arraigned on the charges on a future date in a superior court in Monroe County.