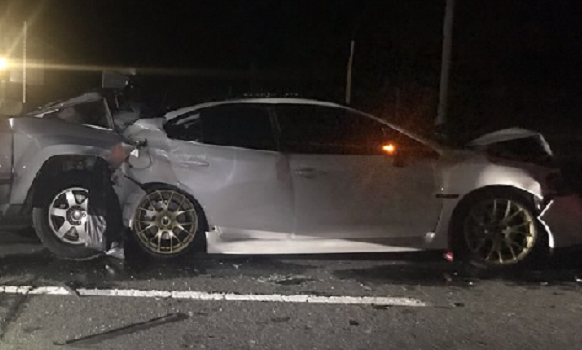 The 10-year-old New Bedford girl who died early Sunday morning during a three-car motor vehicle crash on Route 6 in Westport can now be publicly identified as Anilda Ribeiro.

According to Gregg Miliote of the Bristol County District Attorney’s Office, at 2:15 a.m. Sunday, Westport Police responded to Route 6 in the area of the Route 88 interchange for a report of a serious motor vehicle crash. When police and paramedics arrived on scene, they found multiple injured individuals, most of whom were transported to area hospitals.

The most seriously injured, Anilda Ribeiro and her 9-year-old sister, were both rushed to the hospital. Anilda was pronounced deceased at St. Anne’s Hospital in Fall River early Sunday morning and the 9-year-old is in serious condition at Hasbro Children’s Hospital in Providence.

Both vehicles stopped in the left travel lane to assess the damage before agreeing to deal with it later. As both vehicles were about to continue driving, a Jeep Grand Cherokee being driven by Robert Silvia, a 29-year-old Fall River man, crashed into the rear of the Subaru, pushing it into the Tundra.

The deceased and her sister were apparently sitting in the rear seat of the Subaru at the time of the incident.