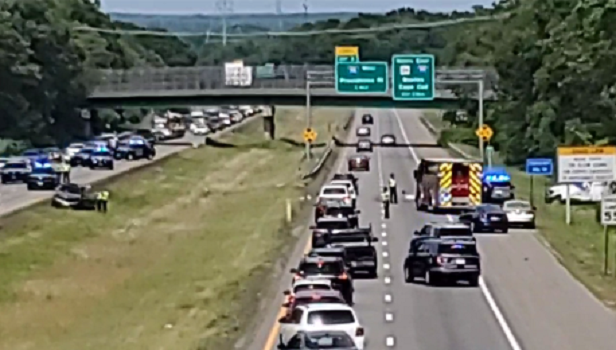 A driver lost his life today after a serious crash in Fall River.

Preliminary investigation reveals that a 2004 Ford F-250, operated by a 28-year-old man from Tiverton, R.I., was traveling southbound when, for reasons unknown at this time, the vehicle crossed the median into the northbound lanes and struck a 2019 Chevrolet Silverado. The operator, a 35-year-old man from Lakeville, suffered serious injuries in the crash and was pronounced deceased at the scene. The operator of the Ford was transported to Rhode Island Hospital with injuries not believed to be life-threatening. A 2018 GMC Terrain, operated by a 26-year-old man from Fall River, was also involved in the crash. No tow truck was required as it was able to be driven from the scene by the operator and no injuries were sustained by any of the occupants.