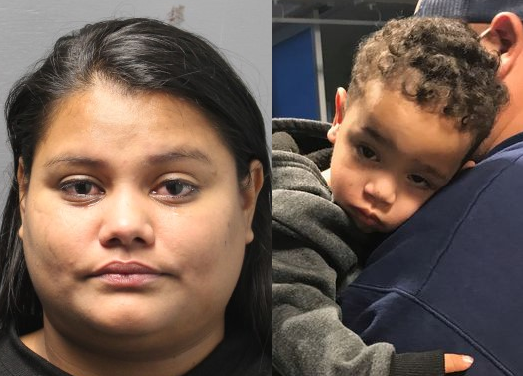 A woman was arraigned on Monday after police say the story of a young boy being found near an area highway is fake.

According to Pawtucket Police, at approximately 6:30 a.m., PD responded to a call for a found child believed to have been located in the vicinity of Exit 26 by a woman taking an Uber home.

The child was taken to Hasbro for an evaluation as a precaution and an investigation was underway by the Detective Division.

According to police and WJAR 10, Daniela Peraza Lemus, 22, from Central Avenue in Central Falls, stated she found the boy off an I-95 exit ramp in Pawtucket as she was taking an Uber ride home. Peraza Lemus brought the boy to her home and then called the police.

Upon further investigation, the “found” child’s mother was located after she saw her son’s picture online. She then called police.

Peraza Lemus and the boy’s mother are reportedly friends and she was babysitting the boy.

Peraza Lemus has been charged with filing a false police report.

She was arraigned and released on $5000 personal recognizance.

The boy is back home with his mother.