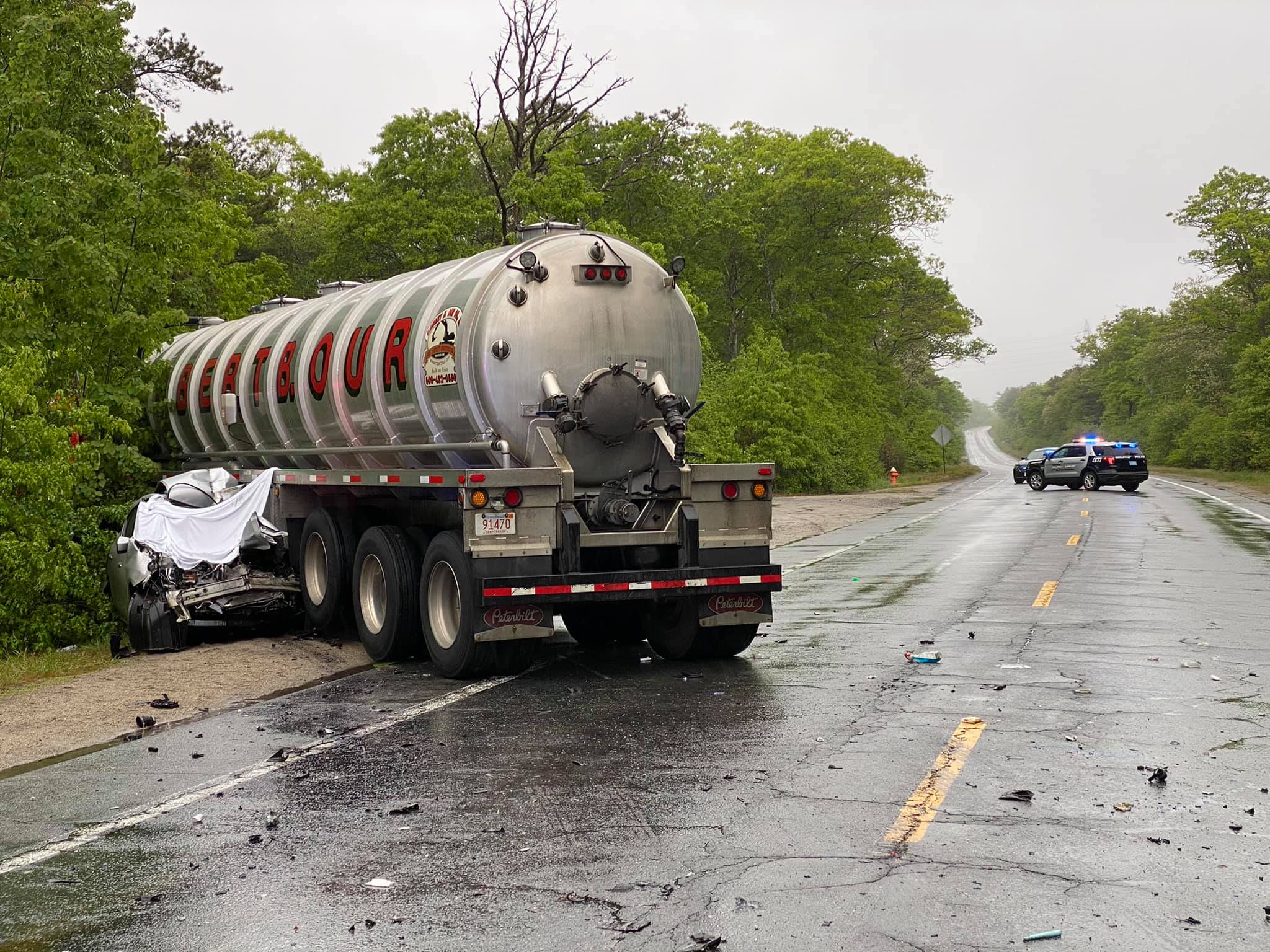 A woman has lost her life after a serious crash on Sunday.

According the Bourne Police Department, at approximately 4:30 p.m., Bourne Police, Massachusetts State Police, and the Bourne Fire Department responded to Sandwich Road in the area of the Cape Cod Canal Midway Recreation Area for a reported head-on motor vehicle crash.

An initial investigation found that a 2019 Nissan Sentra traveling westbound crossed over the centerline and collided with a tractor trailer unit that was travelling eastbound.

The female operator of the Nissan was killed in the crash.

The operator of the tractor trailer was uninjured, according to police.

The accident remains under investigation by the Bourne Police and the Massachusetts State Police Accident Reconstruction Unit.