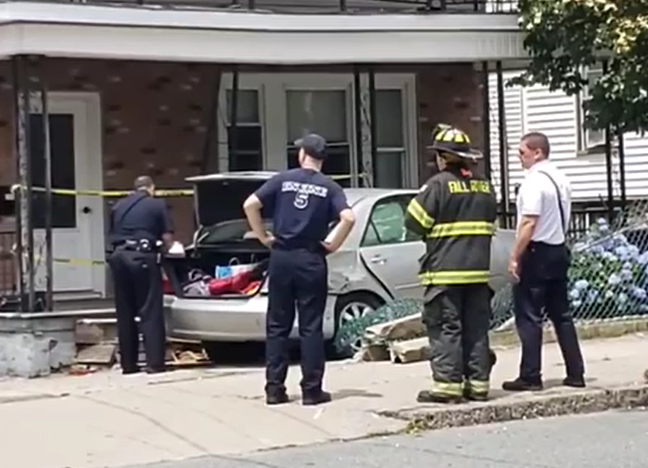 A woman will be going to court after a serious crash today.

According to Captain Barden Castro, Fall River Police, Fire, and EMS just prior to 12:00 p.m., responded to the area of Arch Street and Broadway for reports of a car which had struck a house.

Upon arrival, Uniform Division Officer Jennifer DeLeon conducted an investigation and determined that a Toyota Camry travelling north on Broadway drifted from it’s travel lane, struck a parked van, left the roadway, collided with a fence, and eventually came to rest after hitting the porch at 785 Broadway.

Fall River Building Inspector Glen Hathaway responded to the scene and determined that the damage to the home was not structural.

The female driver, which was the lone occupant of the Toyota, was cited at the scene and a summons will be requested to bring her to court on motor vehicle charges. A request was also forwarded to the Registry of Motor Vehicles to review the driver’s license status.

The driver did not appear to be seriously injured.