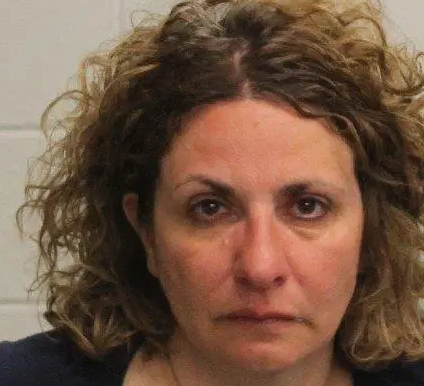 RAYNHAM — Chief James Donovan reports that the Raynham Police Department arrested and charged a woman with driving under the influence after she allegedly struck a guardrail and then fled from police at speeds believed to be approximately 110 mph Tuesday night.

At approximately 6:15 p.m. on Tuesday, May 19, Raynham Police received a call about an erratic operator on I-495 in the area of Route 138. The caller stated that a person driving a Honda SUV was swerving in the road and driving erratically.

As a Raynham Police officer was driving toward I-495, the officer observed a gray Honda SUV driving down Route 138 with its front bumper hanging down and dragging on the pavement.

Because the road was clear of traffic, the officer activated his siren and pursued the vehicle for about three quarters of a mile before the driver slowed down and stopped near the intersection of Britton Street.

The driver, later identified as Rose Schwartz, 44, of Lakeville, was instructed to step out of the vehicle. After not complying to several commands, Schwartz got out of the SUV and appeared to be stumbling and uneasy on her feet.

Schwartz was arrested and booked at the Raynham Police Department.

The Massachusetts State Police later notified RPD that troopers found a portion of Schwartz’s bumper on Bay Street in Taunton, and it appeared that the vehicle had struck a guardrail.

Schwartz was charged with: Operating under the Influence (Alcohol), Speeding, Failure to Stop for Police, and Negligent Operation of a Motor Vehicle.

Schwartz was arraigned Wednesday, May 20.