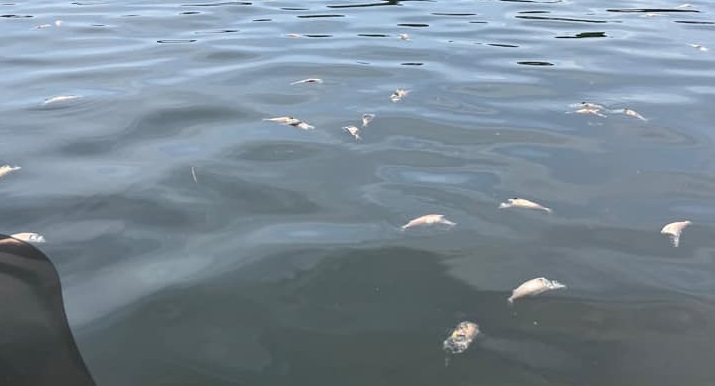 Many have been wondering why there are a bunch of dead fish down by the Fall River waterfront and it is a good question.

The Fall River waterfront is one of, if not the most favorite spot for both locals and out-of-towners to spend warm sunny days. With a boardwalk and many sites to see, who can blame them. The last few days, however, the waterfront has had many, some say over one hundred, dead fish that have created an eyesore and a terrible smell.

We asked the Fall River Harbormaster why there was so many dead fish lining Fall River waters. He has been told that the occurrence is due to bacteria in the water and that this usually happens once a year.

I don’t recall it ever being as bad as it was this weekend, but my memory could be deceiving me.

Hopefully the situation will clear up soon and one of Fall River’s great spots will not be filled with the odor of dead fish.