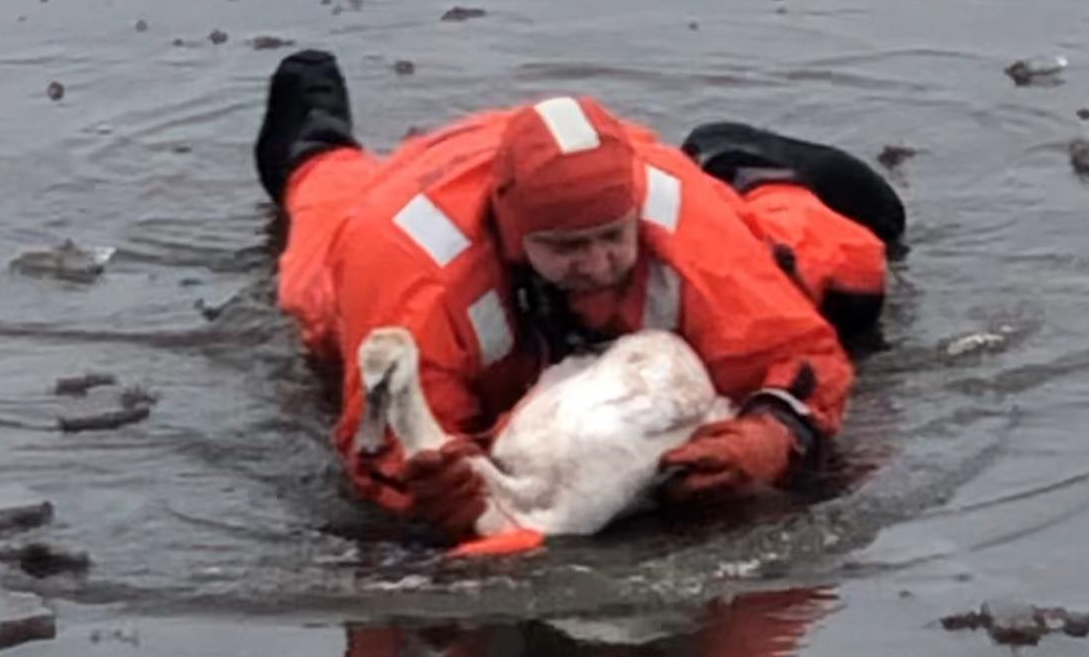 A Westport firefighter made a cold rescue on Tuesday afternoon.

Firefighter Bob Porawski, made his way along the ice covered river to the swan and captured it.

Porawski received a wing to the head, and some pecks to the hands for his reward during the rescue. 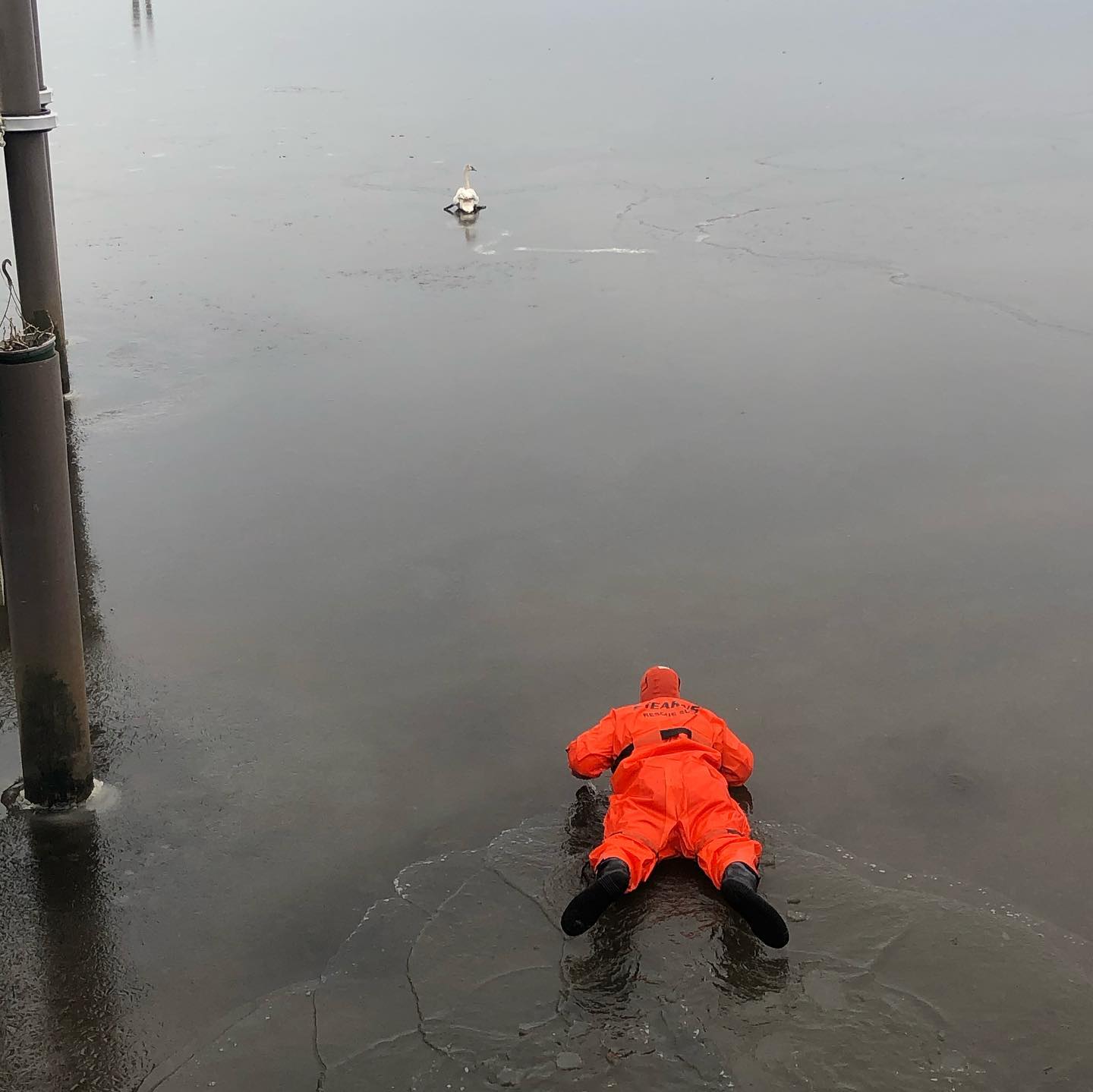 Once to shore, Porawski transferred the swan to Animal Control Officer Donna Lambert.

The Westport Fire Department wants to remind the public not to go onto the ice as no ice is safe. Bystanders were trying to assist the injured swan prior to the arrival of WFD.

The incident offered as a good training opportunity in addition to keeping the bystanders off of the ice.