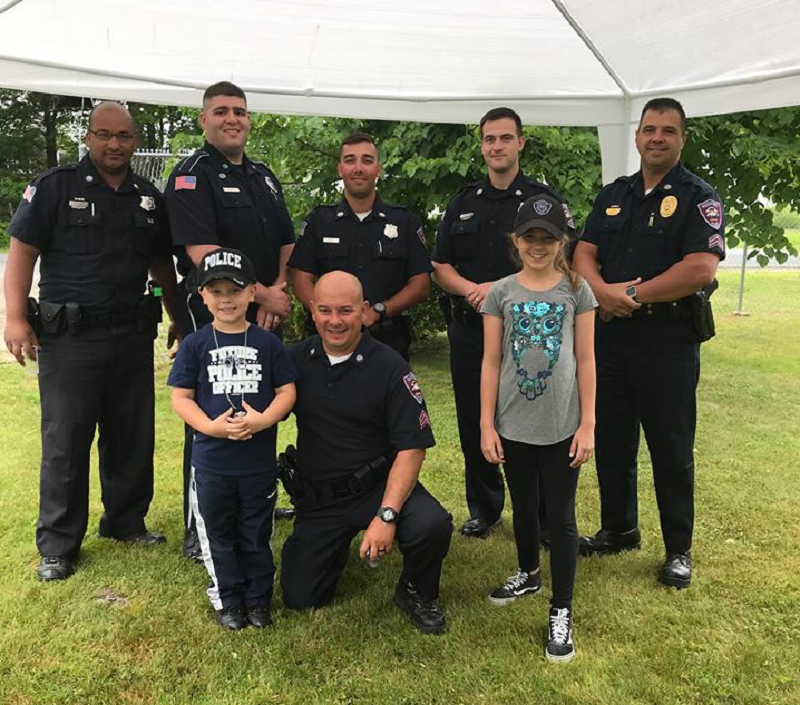 A local boy showed his appreciation for local officers Saturday.

6 year old Joshua Abrantes stood behind a refreshment stand outside of his home at Forge Road in Westport to pass out donuts, cookies, and drinks to local officers on this summer day.

Since his parents can remember, Joshua has had the dream of being a police officer some day and it was his way to give back and thank any and all law enforcement.

According to his mother Natashia, Joshua wanted to do this to simply say thank you to officers for helping people and also for the officers to have enough to drink because it’s getting hot. “In his own little mind he truly feels police officers are superheroes.”

Joshua even wears his police officer hat almost every day.

Joshua, who played for the Hooks in Westport, even missed his baseball team’s award ceremony Saturday as his coach dropped by with his trophy.

While Fall River Reporter was present, officers from Westport, Somerset, Bridgewater, and Tiverton attended the event along with the Bristol County Sheriff’s Department.