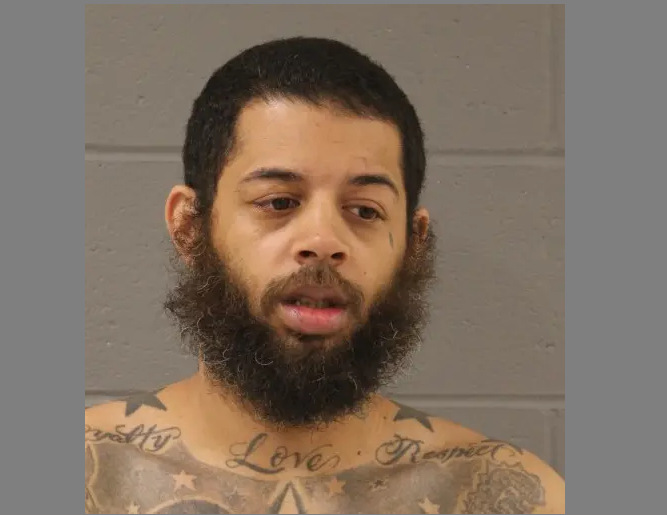 AVON — Chief Jeffrey Bukunt reports that the Avon Police Department arrested a man on a warrant this morning in connection with an armed carjacking that occurred in an Avon parking lot in February.

At approximately 9:30 p.m. on Wednesday, Feb. 24, a 22-year-old Brockton man reported to Avon Police that he was assaulted and was the victim of an alleged armed carjacking while parked in the Walmart parking lot in Avon. The victim reported being punched repeatedly by multiple attackers, one of whom was armed with a handgun. The suspects took the victim’s sneakers, wallet and phone before fleeing the area in the victim’s 2012 Acura TL.

A broadcast of the vehicle description was provided to area law enforcement, and approximately 30 minutes later, a State Police K-9 Sergeant spotted the stolen vehicle and initiated a pursuit of the vehicle on Route 28 in Randolph.

The vehicle subsequently crashed into a residence on North Main Street in Randolph, causing significant damage. A 16-year-old juvenile male was taken into custody at the scene of the crash and charged with Larceny of a Vehicle, Negligent Driving, Driving without a License, Speeding, Failure to Stop for Police and a marked lanes violation.

The ongoing investigation resulted in 35-year-old Dominic Resendes, who also goes by Marison Gomes Resendes, of Wareham being charged with Armed Carjacking with a Firearm and Assault with a Dangerous Weapon.

At approximately 7:30 a.m. Thursday, May 13, Avon Police executed an arrest warrant issued out of Stoughton District Court for Resendes at his home in Wareham. Resendes was taken into custody without incident by members of the Avon Police Department, the State Police Violent Fugitive Apprehension Section and members of the Wareham Police Department.

The incident is not believed to be random.

“This alleged carjacking and assault not only put the victim at serious risk, but also members of the public,” Chief Bukunt said. “Avon officers have been working diligently on this case from the onset. I am thankful that the suspect in this case was taken into custody without incident and I commend the hard work and tenacity of all who were involved in this arrest, as well as the valuable assistance we received from investigators from neighboring communities and from the State Police.”

Resendes was arraigned in Stoughton District court today and is being held pending a dangerousness hearing scheduled for May 19.