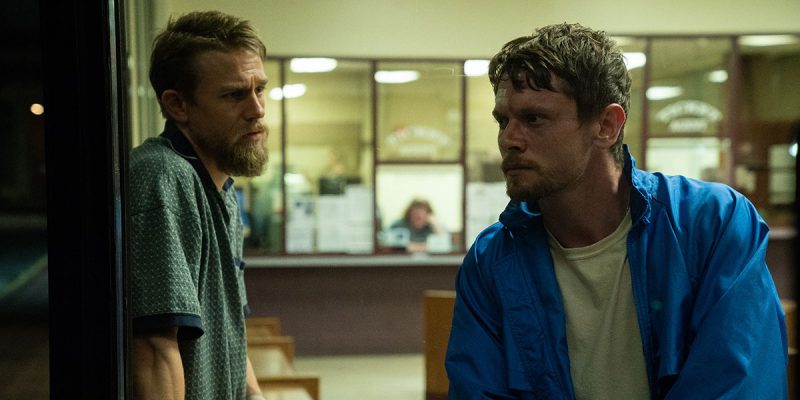 The movie that swept the Fall River area by storm in 2018 is set to come into homes next month and to theaters next week, but which theaters?

Paramount Pictures acquired the TV and home entertainment licensing rights to Jungleland this summer. The flick has since released a trailer and has set a release date to homes on November 10th and select theaters on November 6th.

As you may recall, in the summer and spring of 2018, Charlie Hunnam and Jack O’Connell shot various scenes for the film across Fall River, New Bedford, Taunton, and other locations.

Southeastern Massachusetts residents have been waiting for Jungleland to be released and its critical acclaim at the Toronto International Film Festival in September of 2019 hasn’t dampened spirits.

If you want to see the movie in a theater, however, your options appear to be extremely limited.

We contacted Picture Show in Fall River and an employee stated that Jungleland will not be showing there next week and there are currently no plans for the film to be shown there at all.

In an update, Dan Vice, Operations Manager, Picture Show Entertainment, states that there was some confusion at the theater in Fall River.

“I have just verified with our booking agent that we will be releasing Jungleland on 11/6 at five of our locations, including Fall River. I apologize for the confusion at the theater level. With all of the fluctuation in the studio release schedules, they are not given the bookings until the week before release.”

AMC in Dartmouth currently has no plans to show the movie.

Regal in Swansea is temporarily closed.

The only theaters with showing times scheduled within 50 miles of Fall River besides Picture Show is Flagship Cinema in Wareham and CW Theaters Lincoln Mall 16 in Lincoln, RI.

The Lincoln Theater has one showing on November 5th at 7:00 p.m. with no future showings scheduled.

In Wareham, tickets can currently be reserved for showtimes on November 6th, 7th, and 8th. The schedule doesn’t extend further than that, but with limited movie releases currently, it would be assumed that the theater would be showing Jungleland for more than three days.

The movie will also be available on Apple TV, Prime Video, DirectTV, Xfinity, Google Play, Vudu, and Fandago Now on the 10th.