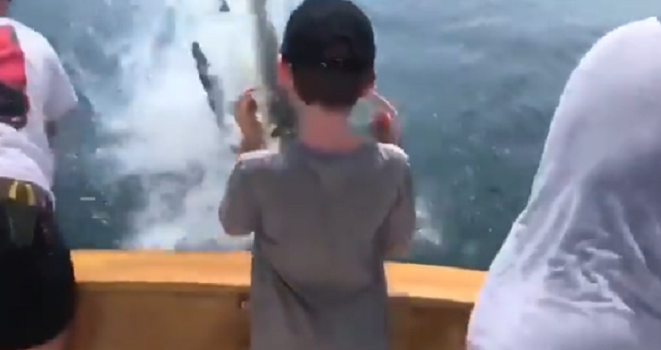 What would you do if this happened to you?

A group aboard a fishing boat out of Rock Harbor in Orleans had the thrill, or the scare, of their life Saturday.

Atlantic White Shark Conservancy posted footage from Doug Nelson of Franklin, Massachusetts as a woman was reeling in a catch.

That was until she got a big surprise.

As she was about to pull her catch onto the boat Columbia, a great white shark jumped from the water and took most of the fish off of the fishing line.

Incredible footage today from Doug Nelson of Franklin, MA fishing aboard the Columbia out of Rock Harbor in Orleans. @MA_Sharks pic.twitter.com/rK3yk5j6SG